Israeli settlers pursue herders in the Bethlehem area, let their dogs loose to attack them and their sheep 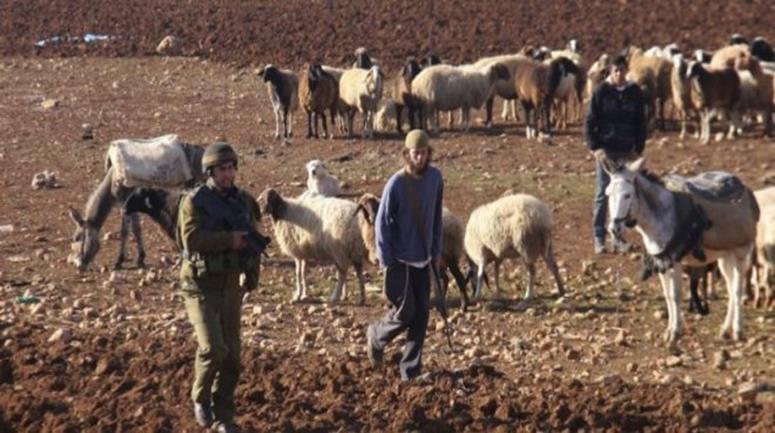 BETHLEHEM, Wednesday, February 16, 2022 (WAFA) – Israeli settlers today attacked Palestinian herders in the Bethlehem-area village of Kisan, in the south of the West Bank, and let their dogs loose to attack their sheep, according to a local activist.

Ahmad Ghazal, an activist with the Wall and Settlements Resistance Committee, told WAFA that settlers from the illegal settlement of Ma’ale Amos, built on expropriated Kisan land, pursued and attacked herders and let their dogs loose to attack them and their sheep.

He said that the settlers’ attacks against herders in the area have become a daily event and today’s assault coincided with Israeli soldiers attacking students attending the Kisan school.