65-year-old among 15 detained from West Bank 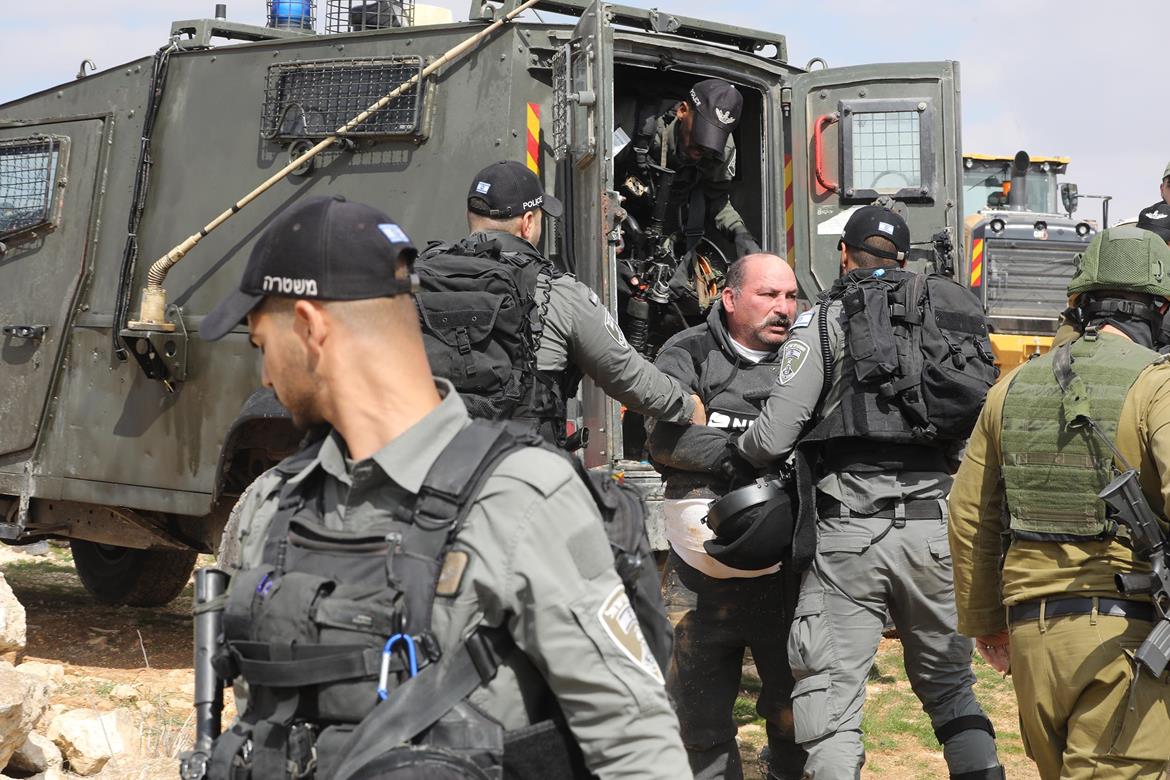 They said that Israeli forces rounded up two Palestinians, including a 65-year-old man, from At-Tuwani locality, southeast of Yatta, in the southern West Bank district of Hebron.

The soldiers also rounded up another after forcibly entering and searching his family house in Beit Ummar town, north of Hebron.

In Bethlehem district, the military vehicles stormed the Bethlehem city neighborhood of Jabal al-Mawalih and Beit Fajjar town, south of the city, where the soldiers ransacked several houses, tampering with their contents. No detentions were reported though.

In Jerusalem, Israeli police detained another from al-Issawiya neighborhood.

In Nablus district, Israeli troops barged their way into al-Lubban ash-Sharqiya village, south of the northern West Bank city, and detained a Palestinian.

They also thoroughly searched several houses and rounded up two others, including a former prisoner, from Beita town, south of the city.

The sources added that three residents of Nablus city were also detained.

In Jenin district, the sources confirmed a similar raid in Rummanah village, northwest of the northern West Bank city, resulting in the detention of two others, including a former prisoner.

Gun-toting soldiers also conducted a raid in Jaba‘ village, southwest of the city, and detained another.

They forced their way into Qabatiya town, south of the city, where they rounded up two brothers.