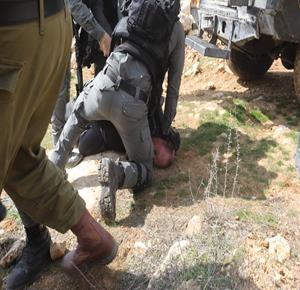 HEBRON, Tuesday, February 15, 2022 (WAFA) – The Israeli army today demolished a Palestinian-owned house that was in the construction phase and a water well in the village of Khillet al-Mayeh, south of the southern West Bank city of Hebron, and violently detained an elderly man, according to a local activist.

Rateb al-Jabour, from the Wall and Settlements Resistance Committee, told WAFA that soldiers demolished the water well and the 200-square-meter house in the village and detained their 58-year-old owner.

He said the army has escalated its campaign against Palestinians living in the south Hebron hills by demolishing their homes and structures, preventing them from building, and denying them water and electricity in an effort to force them to leave the area for the benefit of illegal settlements.