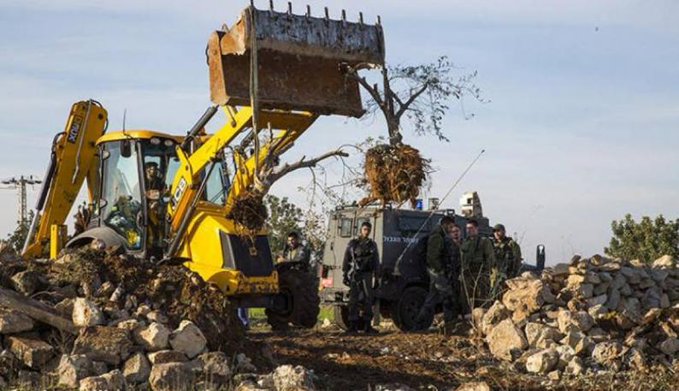 Tahseen Hamed, a local activist, said that a group of farmers headed to their agricultural land this morning, and once they reached, they were surprised to find out that a kilometer-long tract of their farmland was leveled and over 40 olive trees were uprooted to make room for the construction of a settler-only road leading to the colonial settlement of Avni Hefetz.

The damaged olive groves belong to the Hamed family.