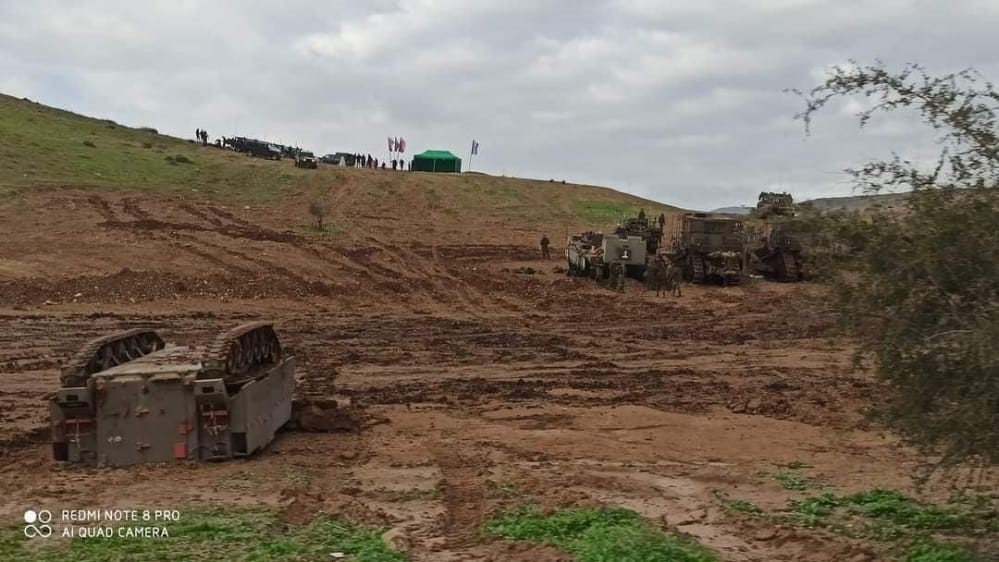 Israeli army preparing to carry out military drills near Palestinian homes in the Jordan Valley.

TUBAS, Monday, February 07, 2022 (WAFA) – Israeli occupation forces today notified six Palestinian families in Khirbet Ibzeiq village, northeast of the Jordan Valley city of Tubas, to leave their homes as the Israeli army prepares to carry out military drills in the area, according to an official.

Mutaz Bisharat, who monitors Israeli colonial settlement activities in Tubas governorate, said that Israeli forces notified the families, comprising 42 people, to leave their homes for three consecutive days, starting from tomorrow, Tuesday, from 8:00 in the morning until 1:00 after midnight while the army carries out large scale military exercises in the vicinity of their homes.

The Israel military has designated about 46 percent of the Jordan Valley, a fertile strip of land running west along the Jordan River that makes up approximately 30% of the occupied West Bank and is home to about 65,000 Palestinians, as a closed military zone since the beginning of the occupation in June 1967, and has been utilizing the pretext of military drills to forcefully displace Palestinian families living there as part of a policy of ethnic cleansing and stifling Palestinian development in the area.

Under international law, driving residents of an occupied territory from their homes is considered a forcible transfer of protected persons, which constitutes a war crime.