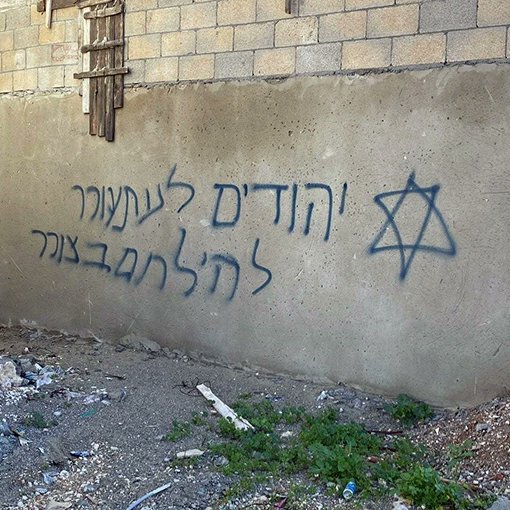 They said that the extremists wrote anti-Palestinian and anti-Arab hate slogans on walls of houses and slashed the tires of 20 vehicles for local residents, who complained of the rise in attacks against them by extremist Israelis with total police apathy.

This is the third time Kufr Qasem has been targeted by the Price Tag gangs, who are referred to as an underground anti-Palestinian Israeli group that routinely attacks Palestinians in the occupied territories and inside Israel.

The Israeli government still refuses to label it as a terrorist organization and considers it only as a group of vandals.

Price Tag and other similar Jewish terror groups such as Lahava and Youth of the Hills regularly carry out terror acts against Palestinians in Israel and in the occupied territories.