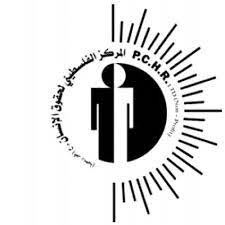 GAZA, Wednesday, February 2, 2022 (WAFA) – The Gaza-based Palestinian Centre for Human Rights (PCHR) today welcomed in a statement Amnesty International’s report on the Israeli apartheid system against Palestinians, stressing that this report and others before it are a doorway to dismantling the last post of discrimination in the world.

“The Palestinian Centre for Human Rights welcomes Amnesty International’s report on the Israeli apartheid system against Palestinians, and its conclusion that all Israeli institutions are involved in the apartheid system against Palestinians within Israel, the occupied Palestinian territory, and Palestinian refugees in diaspora,” it said. “PCHR sees this stance by an international and pioneering organization against the Israeli apartheid against the Palestinian people as an invaluable contribution to the narratives that fall in line with previous reports issued less than a year ago by Human Rights Watch and B’Tselem. This definitely is a doorway leading to new opportunities of international collaboration to dismantle the last outpost of discrimination in the world.”

It said that for more than a quarter of a century, “Palestinian human rights organizations documented the many facets of the Israeli apartheid system against Palestinians, best captured in the discriminative legal, legislative, political, and administrative foundations and practices that Israel employed to impose a Jewish hegemony over all territories under its control from the Jordan River to the Mediterranean Sea. These practices inherently deprive Palestinians of their basic rights, dismantle Palestinian geography, fragment Palestinian society into administrative and political groups under Israeli control, not to mention the systematic usurpation of Palestinians’ natural resources and lands for the benefit of Jewish populations.”

A little over 20 years ago, in parallel with the first United Nations World Conference against Racism that was organized by the United Nations in Durban, South Africa in 2001, Palestinian civil society organizations sounded the alarm against the Israeli apartheid system, said PCHR. A parallel international civil society forum, with the majority of more than 1,300 non-governmental organizations, was held in Durban and released the Durban Declaration, which condemned Israel and its apartheid system against the Palestinian people, associating it with the past apartheid system in South Africa and all discriminative phenomena across the globe.

Raji Sourani, PCHR’s Director, commented about the Amnesty Report saying, “Israel has failed to silence our voices and delegitimize us. What we said more than 20 years ago is now repeated by Amnesty International, Human Rights Watch, and B’Tselem.  We do not stand alone anymore, and these international voices echo ours. The Israeli Apartheid’s mask fell off, and a new stage of struggle has started at the international level to take down the apartheid and end all its crimes against the Palestinian civilians.”

In March 2021, the International Criminal Court (ICC) decided to open an investigation into the situation of Palestine, marking an exceptional achievement in terms of the international prosecution of Israeli criminals. Racism/apartheid is a crime against humanity under international law, including the Rome Statute of ICC. Sourani said, “all submissions and documents deposited by the Palestinian and international human rights organizations to the office of the ICC Prosecutor documents in detail the Israeli human rights violations and grave breaches to the international humanitarian law. All these violations combined serve, entrench, and sustain the Israeli apartheid; therefore, the human rights organizations are working on adding the apartheid on ICC Prosecutor’s investigation agenda.”

PCHR said the Israeli Apartheid should also be added to the agenda of the Permanent United Nations Commission of Inquiry that was established by the UN Human Rights Council (HRC) Resolution in May 2021 in its special session on the grave human rights situation in the Occupied Palestinian Territory, including East Jerusalem. HRC decided to form this commission to investigate in the Occupied Palestinian Territory, including Jerusalem, and Israel all the human rights violations leading up to and since 13 April 2021, and all underlying root causes of recurrent tensions, instability, and protraction of conflict, including systematic discrimination and repression based on national, ethnic, racial, or religious identity.