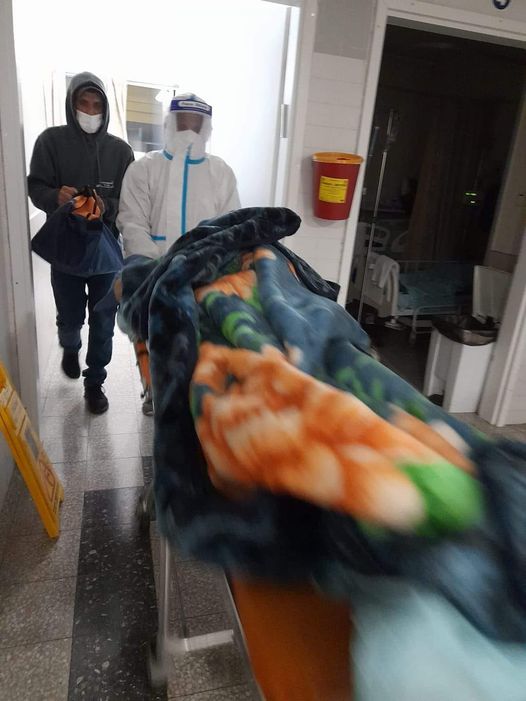 RAMALLAH, Friday, January 14, 2022 (WAFA) – A Palestinian prisoner who recently reached a deal with Israel to end his 141-day hunger strike Thursday contracted Covid-19, according to the Palestine Prisoner’s Society (PPS).

PPS said in a statement that the Israeli Assaf Harofeh Hospital, where Hisham Abu Hawwash remains for medical follow-ups before his upcoming release on 26 February, announced that Abu Hawwash contracted the Corona virus, and he was transferred to the specialized care unit.

It held the Israeli occupation authorities full responsible for the life of Abu Hawwash, who needs special care particularly that he is extremely weak and can barely hear or speak, nor move his limbs.

The family accused the hospital administration of failing to provide the necessary medical care to their son, who went on an open hunger strike that lasted for 141 days and was transferred there after breaking his strike about 12 days ago.

Hisham contracted the highly contagious virus after being placed in a room with a number of patients and without being isolated in a room alone, despite his difficult health condition, particularly that he has become infected with a blood germ while he was in the Ramala Prison Clinic.

The family is calling for a swift international intervention in order to transfer Hisham to a West Bank hospital to provide him with appropriate treatment.

With Hisham suffering from Covid-19, the number of Palestinian prisoners who have contracted the virus in Israeli custody since April 2020 reached 410.

A father of five, Abu Hawwash was arrested in October 2020 and faced a six-month administrative sentence, which was renewed. He launched a hunger strike in the summer against his arbitrary detention.

Abu Hawwash's hunger strike drew attention not only from Palestinian groups across the political spectrum, but also from organisations and politicians globally.

In the United States, Congresswoman Rashida Tlaib said that the Israeli government "alone is responsible for this situation and his health and safety".

The European Union Delegation to the Palestinians (Dpal) said it was "seriously concerned" about the 40-year-old's life which was reported to be in "immediate danger".

"The use of administrative detention without formal charge remains a longstanding concern," Dpal said on Twitter.