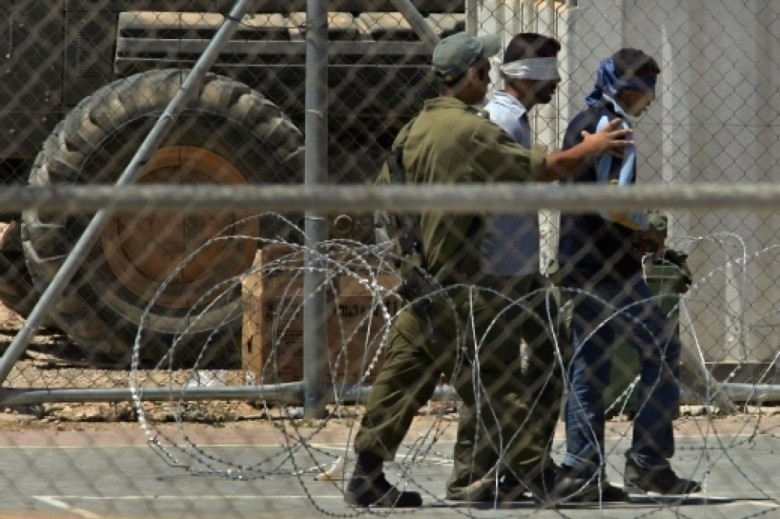 RAMALLAH, Monday, January 10, 2022 (WAFA) – Israeli forces today rounded up at least 20 Palestinians from various parts of the occupied territories, according to local and Palestinian security sources.
They said that Israeli forces rounded up six Palestinians, including a 17-year-old teen, after breaking into and searching the houses of their families in Beit Fajjar town, south of the southern West Bank city of Bethlehem.
The soldiers also detained two others, one from Bethlehem city and the other from al-Khader town, south of the city.
In Ramallah district, soldiers detained two Palestinians, including a former prisoner, from Jalazone refugee camp, north of Ramallah city.
They conducted a similar raid in Amari refugee camp, south of al-Bireh city, resulting in the detention of another.
In the northern West Bank, soldiers raided Beita town, which has become a scene of weekly protests against Israeli settler-colonialism and pillage of Palestinian land, south of Nablus, ransacked several houses and detained three residents, including a former prisoner.
In Jenin district in the north of the West Bank, Israeli military vehicles stormed Anza village, southwest of the northern West Bank city, where the soldiers detained one person.
In the Jerusalem district, Israeli security detained three Palestinians from three different neighborhoods of the city, and two others from Qalandia refugee camp, north of Jerusalem, and another from Beit Anan village, northwest of the city.
K.F./M.K.