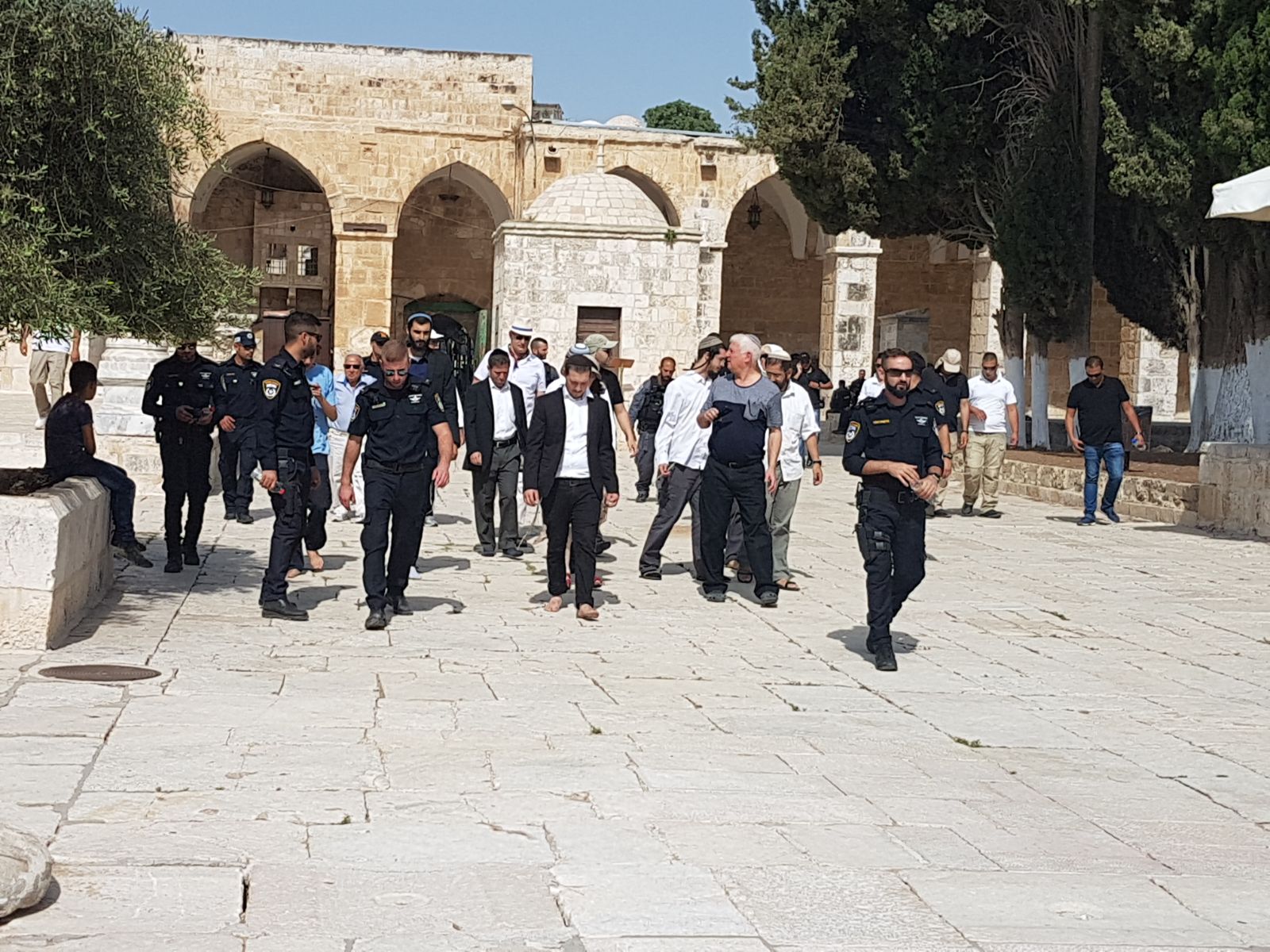 They said fanatic settlers accompanied by a police escort entered the holy compound in groups in the early morning and performed rituals and walked through the Islamic holy site. There were no reports of clashes with worshipers at the holy site.

Israeli far-right activists have repeatedly pushed for an increased Jewish presence at Al-Aqsa, despite a joint guardianship agreement between Israel and Jordan.

Settlers backed by Israeli forces regularly break into Al-Aqsa Mosque to tour the Dome of the Rock, a shrine built in the 7th century by the Umayyad caliphate on Moriah Mount, and perform prayers on the site.

Jerusalem's Islamic Waqf, which manages the Al-Aqsa Mosque, has repeatedly described the settlers' tours as "provocative", and said that Palestinian worshippers and guards at Al-Aqsa feel uncomfortable with the presence of Israeli police and settlers touring the Muslim holy site.