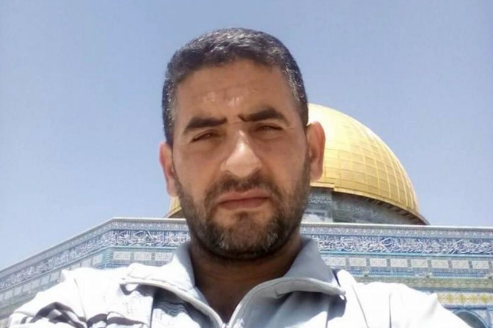 RAMALLAH, Sunday, December 19, 2021 (WAFA) – An Israeli court has rejected a petition to release Hesham Abu Hawwash, a Palestinian detainee who has been on hunger strike for 125 days demanding an end of his detention without a charge or trial under Israel’s controversial administrative detention policy.

Jawad Bolus, an attorney of the Palestinian Prisoner’s Society (PPS), said an Israeli court rejected a petition to release Abu Hawwash and to move him to a civil hospital after a serious deterioration in his health condition as a result of the hunger strike.

He said the court ruled that the administration of the Ramla Prison was in charge of deciding whether or not to move his client to a civil hospital or keep him at the prison’s clinic.

Abu Hawwash, a father of five children, was detained on October 27 of last year and was served with three consecutive administrative detention orders, each for six months but the last one was reduced from six to four months.

He has spent a total of eight years in Israeli prisons for resisting the occupation, including 52 months in administrative detention before deciding to go on hunger strike to force an end to his detention without charge.