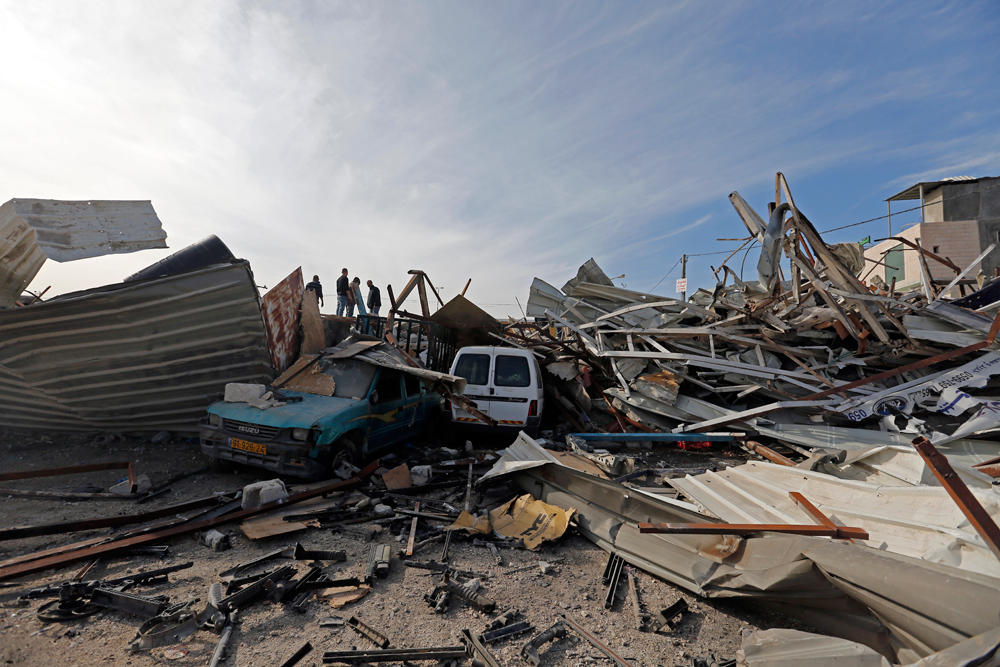 Remains of the demolitions near Qalandia checkpoint, north of Jerusalem.

He said that Israeli bulldozers demolished a supermarket, a vegetable shop, and a gas station on the West Bank side of the checkpoint.

The demolitions are believed to facilitate Israeli work on two road projects for settlers that include a tunnel, and thousands of housing units for a new illegal settlement near the checkpoint.