Premier Shtayyeh meets with the Vice President of EP in Brussels 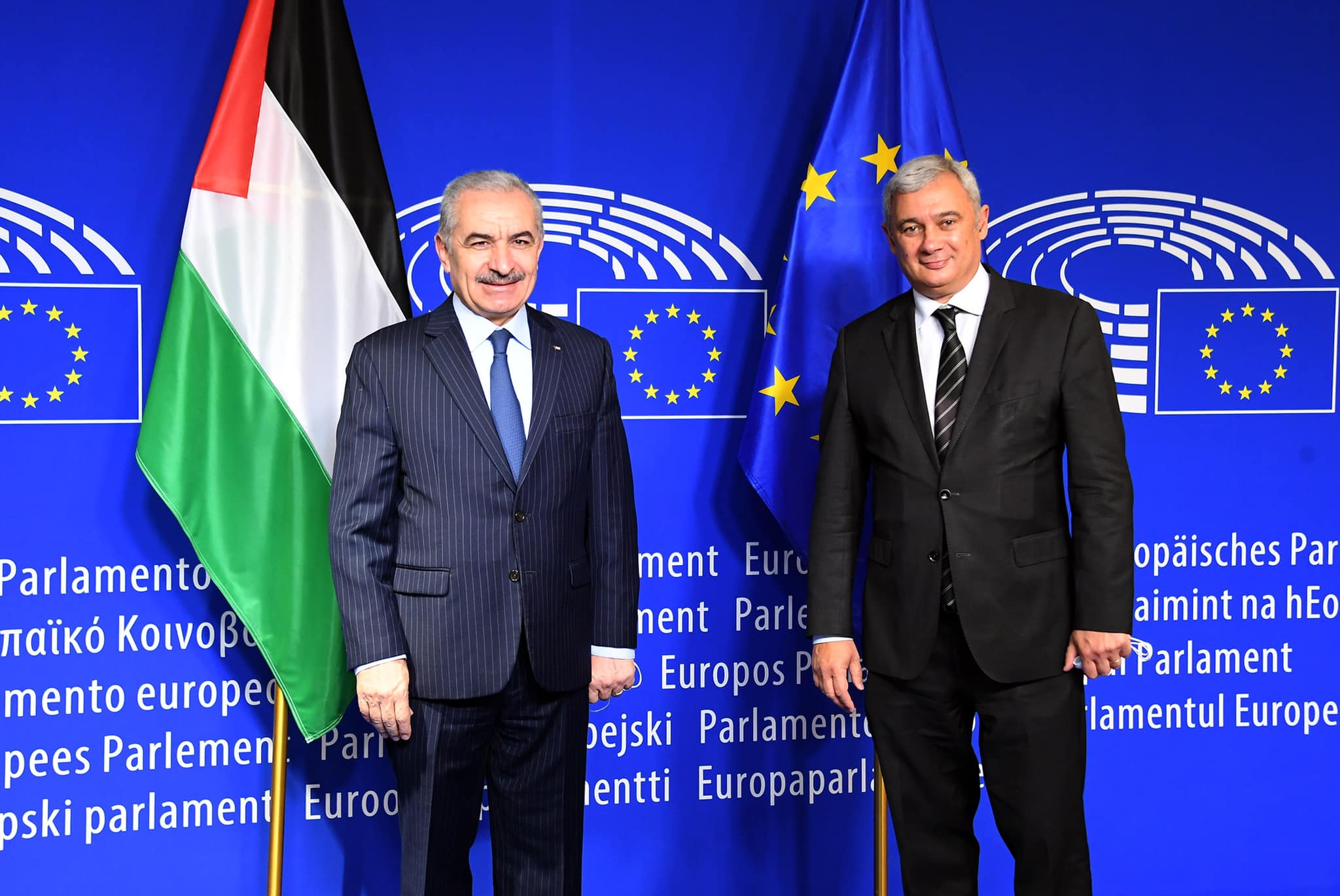 The Prime Minister called on Europe to pressure Israel to respect international law and human rights and all signed agreements, including those related to the holding of elections in occupied Jerusalem, in addition to releasing the withheld bodies of Palestinian martyrs.

He stressed that Israel, the occupying Power, aims to destroy the two-state solution through promoting and entrenching colonization and apartheid policies.

During the meeting, the Prime Minister called for a European resolution to prevent the entry of goods produced in Israeli colonial settlements to European markets.

He also commended the European Parliament's vote to continue providing aid to the Palestinian people, stressing the importance of an active European role in the peace process.

The meeting was held in the presence of Abdel Rahim Al-Farra, the Ambassador of the State of Palestine to the European Union, Belgium, and Luxembourg.