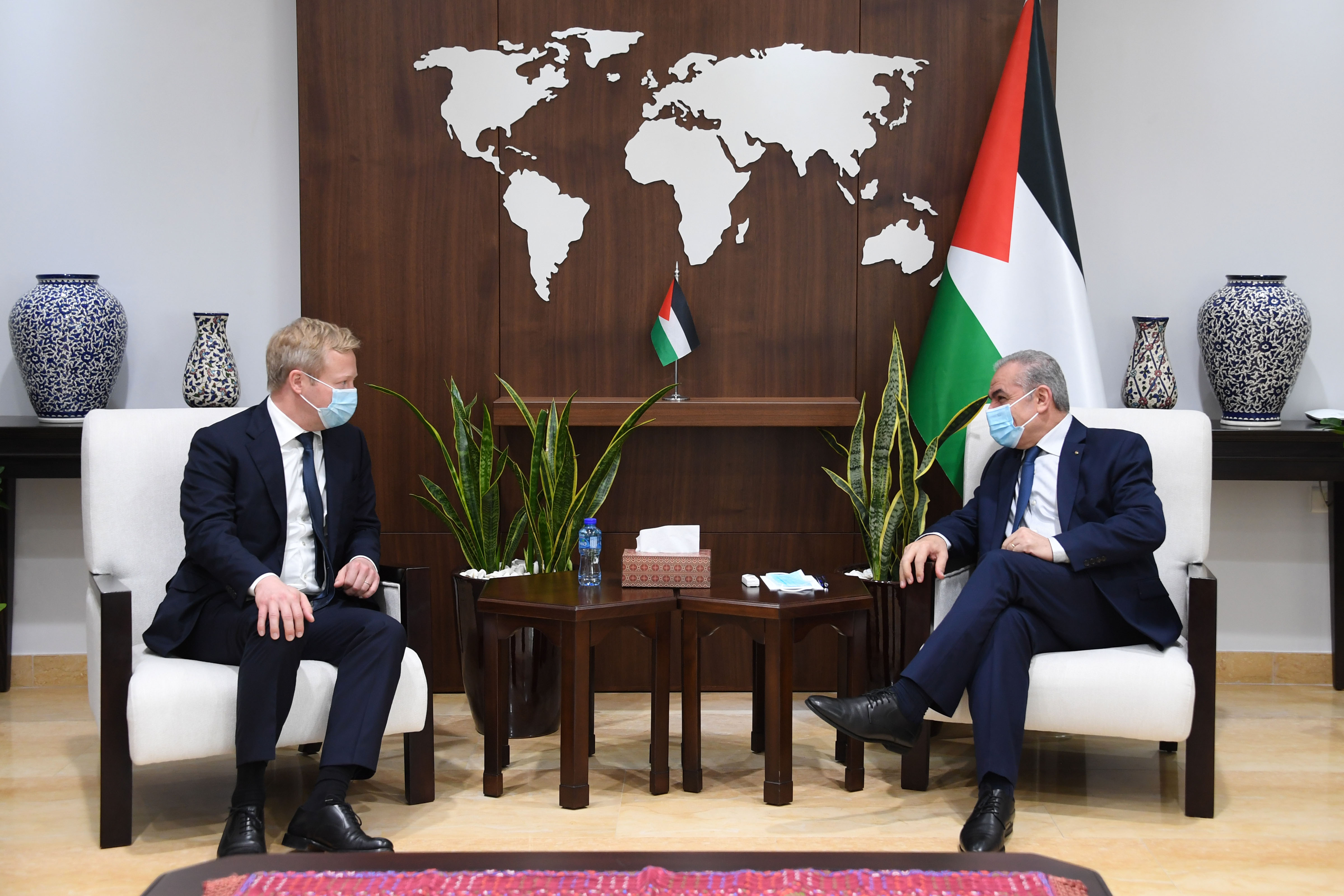 RAMALLAH, Monday, October 11, 2021 (WAFA) – Prime Minister Mohammad Shtayyeh today to Sven Koopmans, the European Union's Special Representative for the Middle East Peace Process, that any economic steps should be part of the political process to end the Israeli occupation.

Shtayyeh met with Koopmans at his Ramallah office in the presence of EU representative to Palestine Sven Kuhn von Burgsdorff during which they discussed European efforts to support the two-state solution. The attended the meeting as well.

The Prime Minister said that the European Union should pressure Israel to abide by the signed agreements in order to resume a serious and real political path that would end the occupation.

He said the Palestinian leadership is open to any initiative that would fill the current political vacuum on the bases of international law and UN resolutions.

"Any small or large economic steps must be within the framework of a political horizon to end the occupation and establish an independent Palestinian state," said Shtayyeh.

"The international community must act immediately to protect the two-state solution at a time Israel is working to systematically destroy it and freeze the establishment of a Palestinian state by boosting settlements, seizure of land, and controlling the borders, crossings and natural resources,” he said.

The Prime Minister called for putting the economic weight of the European Union behind its political position that supports the two-state solution in light of Israel’s continuous attempts to dismiss it.

He also called on the EU to push Israel to stop settlements and repeated aggression against Al-Aqsa Mosque, as well as to put a stop to settler terrorism.

Shtayyeh noted that the speech by President Mahmoud Abbas at the United Nations General Assembly last month in which he gave Israel one year to leave the occupied territories “rang the alarm bell that Israel's measures undermine peace and kill the two-state solution."