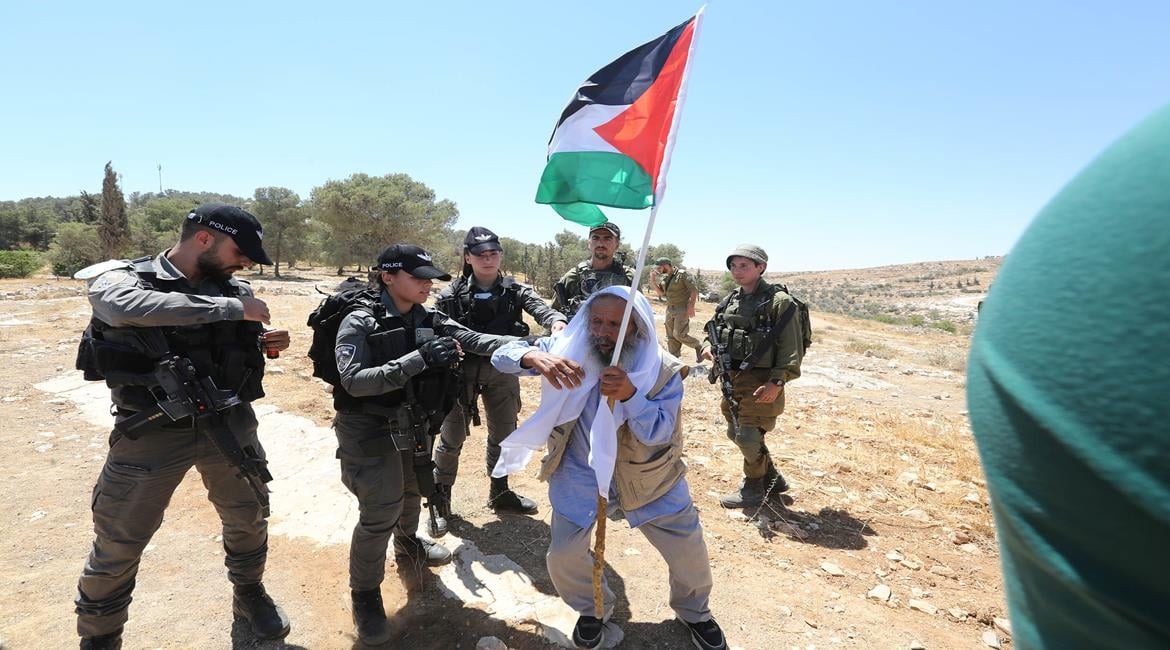 A protestor holds a Palestinian flag in front of Israeli soldiers during a rally in At-Tuwani (file photo).

HEBRON, Friday, September 17, 2021 (WAFA) – Israeli forces today cracked down on an anti-settlement rally in the locality of At-Tuwani, south of the southern West Bank city of Hebron, injuring dozens and detaining several activists, according to local sources.

Head of At-Tuwani Village Council, Mohammad Rib‘i, said that heavily-armed Israeli troops assaulted the participants of in the rally with riffle buts and opened fire towards them, causing a number to suffer from bruises and dozens others, including international activists, to suffocate from tear gas.

The rally was called for to protest the expansion of the nearby colonial settlement of Havat Maon at the expense of the villagers’ lands in Shi‘b al-Butum.

All casualties were treated at the scene.

Rib‘i added that a 38-year-old protestor was hit by a concussion bomb in the abdomen and subsequently rushed to a hospital, while pointing that the Israeli forces rounded up seven international activists.

He called on local and international human rights organizations to take immediate action to ensure the cessation of Israeli attacks against them and encroachments upon their land.

Located 14 kilometers south of Hebron, At-Tuwani locality consists of two hamlets, and together with Masafer Yatta, a collection of almost 19 hamlets, cover 37,500 donums, and rely heavily on animal husbandry as the main source of livelihood.