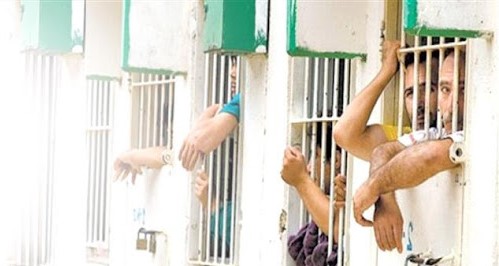 RAMALLAH, Wednesday, September 15, 2021 (WAFA) – The Palestinian prisoners in Israeli jails today called off a hunger strike they were planning to start on Friday after the Israel Prison Services (IPS) agreed to their demands that included ending the collective punishment imposed against them following the escape of six prisoners from Gilboa prison last week, according to the Palestinian Prisoner Society (PPS).

The prisoners were planning to start on Friday a gradually hunger strike that would have involved all 4500 Palestinian resistance fighters incarcerated in Israel.

The IPS waged sort of a war against all the prisoners following news of the escape of the six prisoners, raiding and attacking them in their cells, moving them to other prisons, separating them, isolating some, and denying them certain rights, including family visits and buying from the canteen.

Four of the six prison escapees were caught over the weekend while two remain at large.