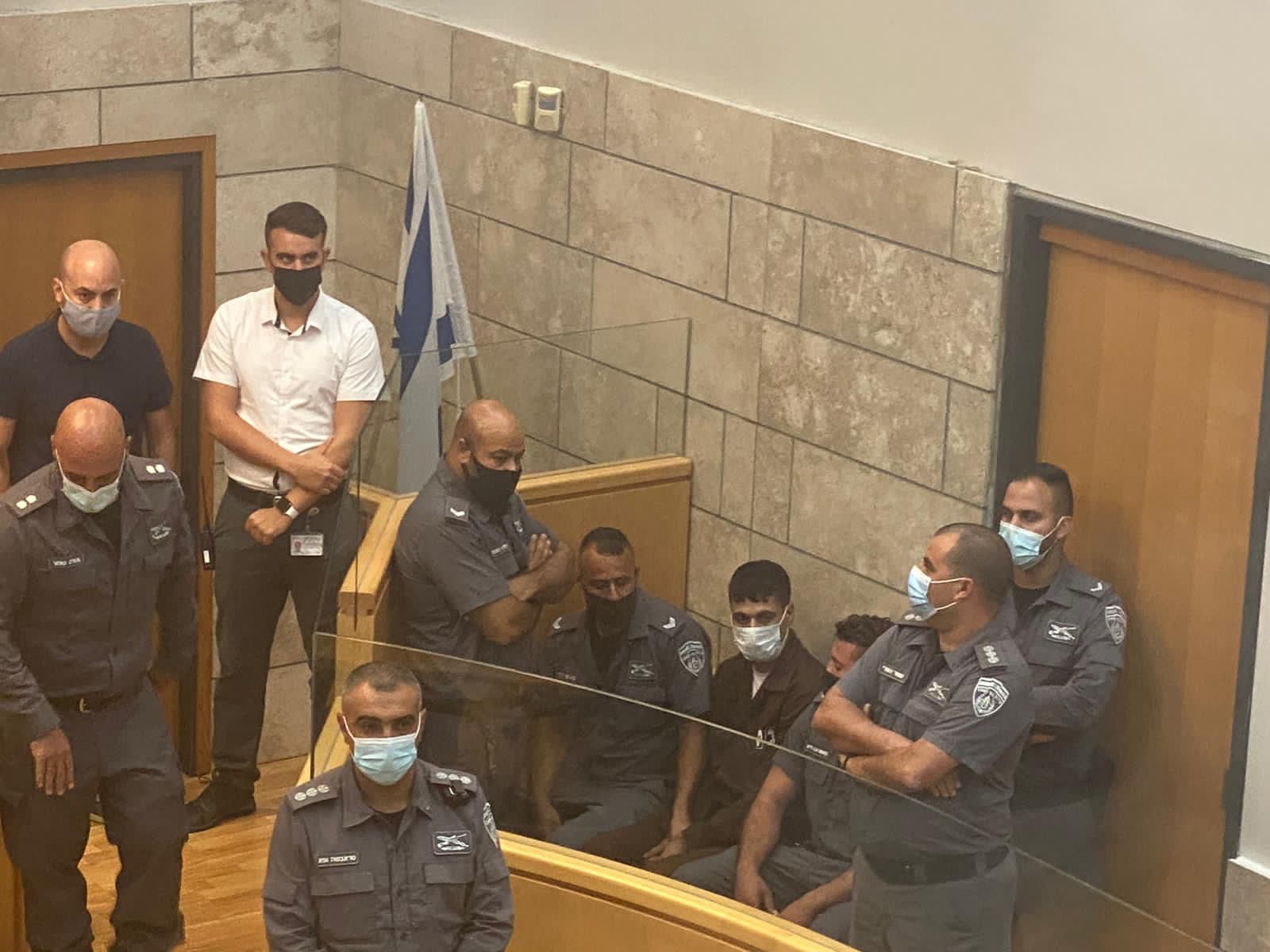 Mahmoud Arda at court after his re-arrest.

RAMALLAH, Monday, September 13, 2021 (WAFA) – An Israeli court today rejected a petition to allow a lawyer’s visit to four Palestinian prisoners recaptured by Israel following their breakout from prison last week, according to the Detainees and Ex-Detainees’ Affairs Commission.

It said its attorney has petitioned the Israeli District Court in Nazareth to allow him to visit the four prisoners - Zakaria Zubeidi, Mahmoud Arda, Mohammad Arda and Yacoub Qadri - in order to follow up on their condition and their place of detention. The four re-captured prisoners were among six who broke out of the highly-fortified Gilboa prison last Monday.

The Commission voiced its concern over the media blackout regarding the case of the four re-captured prisoners as it cautioned of vengeance against them.