Prime Minister Shtayyeh to UN Special Coordinator: All aid to Palestine must go through the government 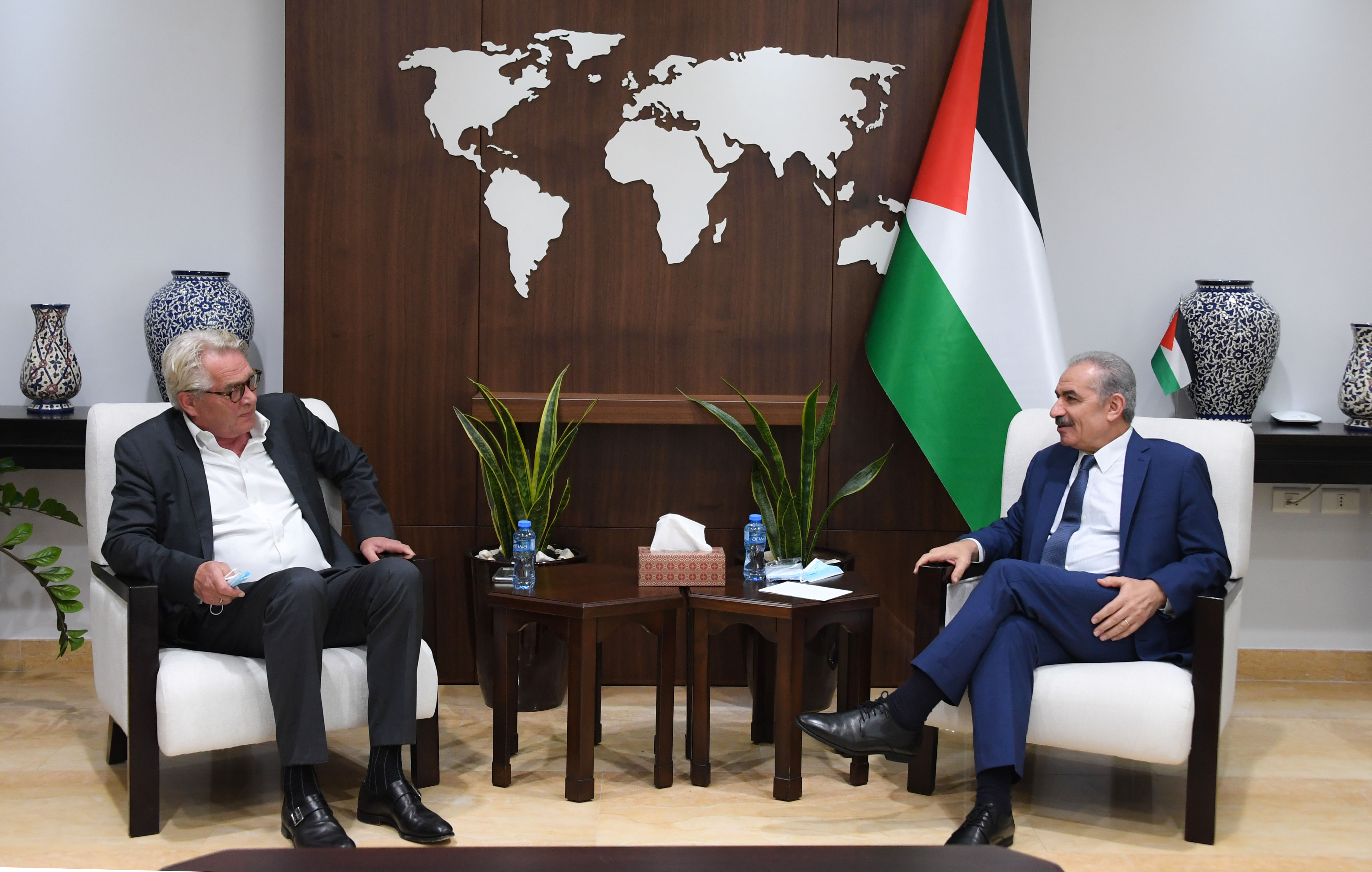 “It is important that all assistance provided to Palestine should go through one address and that is the (Palestinian) National Authority,” Shtayyeh told Wennesland during a meeting at the Prime Minister’s office in Ramallah. “UN institutions are partners and complement the government's efforts, not an alternative to it in providing services,” he stressed.

Shtayyeh and Wennesland discussed in their meeting the latest political and economic developments, as well as raising the level of coordinating efforts with regard to the humanitarian work of United Nations institutions in the Palestinian territories.

The Prime Minister said he appreciates all UN institutions’ efforts in providing assistance and support for development projects in all the Palestinian territories, in addition to the work of the United Nations Relief and Works Agency (UNRWA) that serves all refugee camps at home and in exile.

He called on the international community to pressure the Israeli government to abide by international law, the UN, and the signed agreements, and to stop its settlement expansion policy that creates facts on the ground, efforts to separate the West Bank from the Gaza Strip and continuing to isolate and Judaize Jerusalem, which threatens and could lead to the demise of the two-state solution.

He reiterated the importance of the international community's pressure on Israel to allow elections to be held in Jerusalem as the case in all the Palestinian territories, which is a national entitlement to restore the democratic glare.