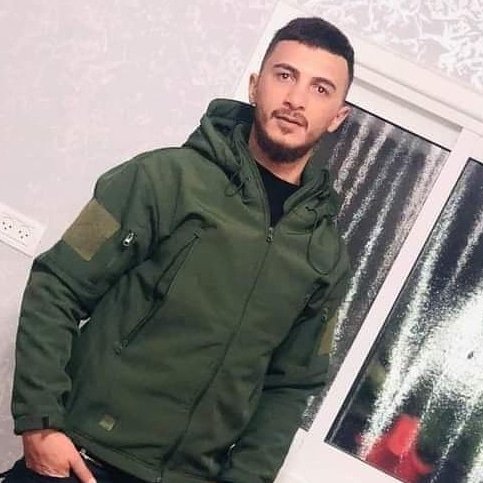 A photo for Ghadanfar Abu Atwan

RAMALLAH, Tuesday, June 22, 2021 (WAFA) – The health condition of a Palestinian prisoner has seriously deteriorated as he entered his 49th day of hunger strike in Israeli detention facilities, according to the Prisoners’ Affairs Commission.

The commission spokesman, Hassan Abed-Rabbu, said in a press release that urgent medical intervention is required to save the life of Ghadanfar Abu Atwan, who has been on a hunger strike for the 49th day in a row in protest of being placed under administrative detention without charge or trial.

Abu Atwan’s health condition has seriously deteriorated due to the lack of body fluids, which endangers the heart and kidneys.

In an interview with Voice of Palestine, Abed-Rabbu cautioned against the serious health deterioration of Eyad Hreibat and Ali al-Hroub, both residents of Dura town, west of Hebron, due to the Israeli Prison Service’s (IPS) policy of deliberate medical negligence, as he held IPS fully responsible for their fate.

He stressed the need to hold rallies in support of the hunger-striking prisoners and spare no effort on the legal arena to secure the release of Abu Atwan and all 550 prisoners held in administrative detention.

On June 10, the Israeli Supreme Court rejected for the second time a petition by Abu Atwan concerning the abolition of his administrative detention. Abu Atwan is boycotting the medical examination and treatment.