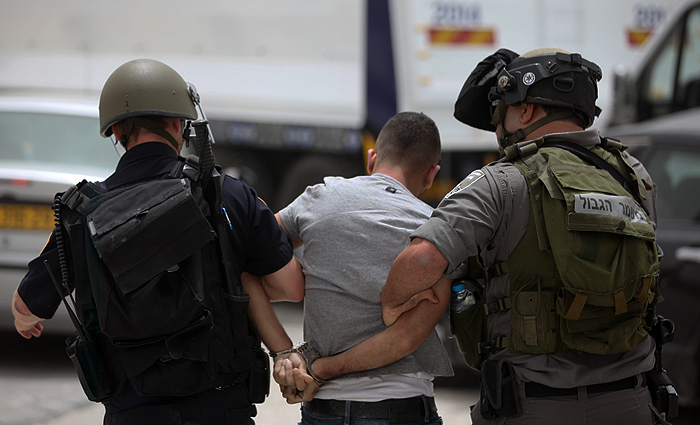 They confirmed that Israeli forces rounded up five Palestinians in multiple raids across the southern West Bank district of Hebron.

Meanwhile, undercover Israeli forces, known as Musta'ribeen, sneaked their way into Jaba‘ village, southwest of the northern West Bank city of Jenin, and abducted two Palestinians, including a security officer.

The soldiers conducted a similar raid in Yabad town, west of Jenin city, resulting in the re-arrest of two former prisoners.

They also barged their way into the nearby village of Rummana, broke into and thoroughly searched the houses of several villagers and seized the recordings of their surveillance cameras.

During ensuing confrontations, the soldiers opened fire towards local teens who protested the raid, causing a number to suffocate from tear gas.

In Nablus district, Israeli troops forced their way into Kafr Qallil town, south of the city, where they ransacked two houses, turned them upside down and smashed the windshields of a house owner’s vehicle before withdrawing.