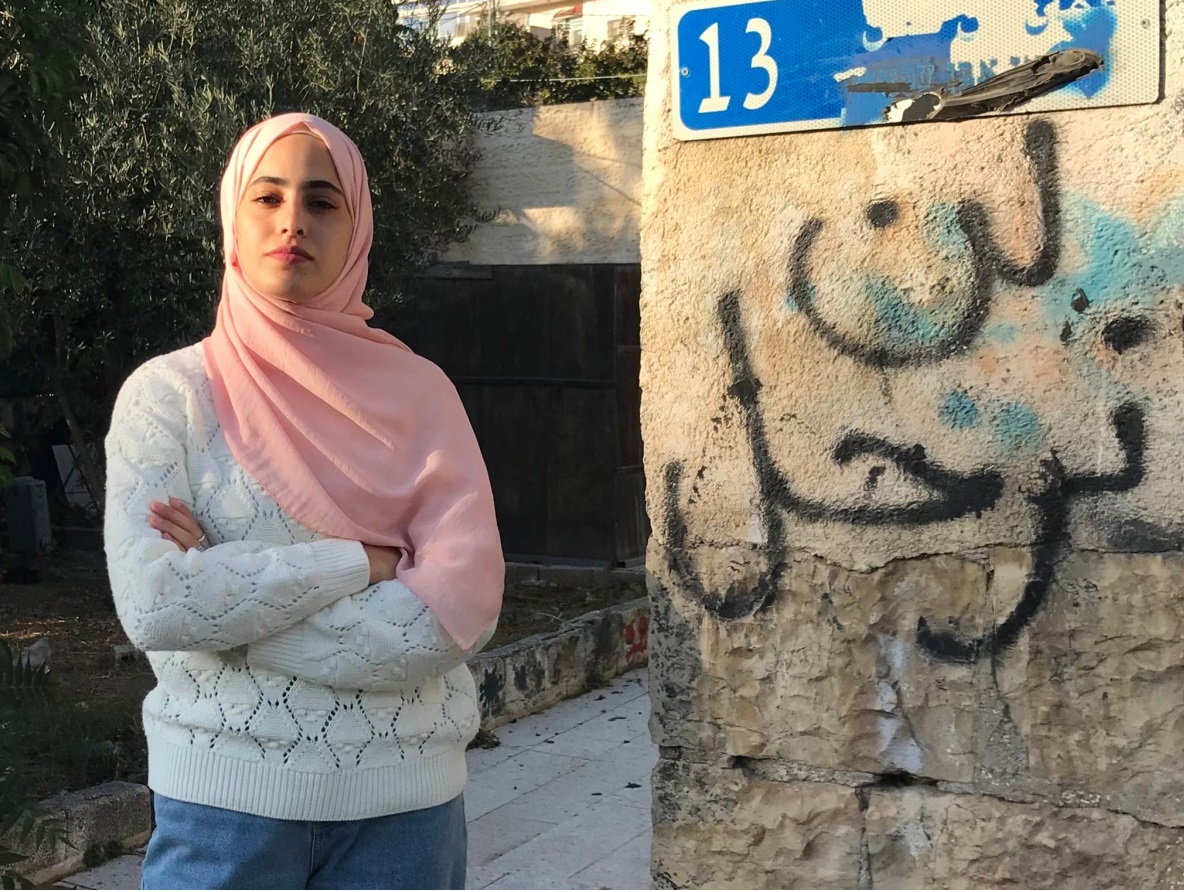 Muna has launched an online campaign under the hashtag #SaveSheikhJarrah to highlight the plight of the Palestinian homeowners threatened with Israeli displacement.

JERUSALEM, Sunday, June 6, 2021 (WAFA) – Israeli occupation forces today detained Palestinian activist Muna al-Kurd, the leader of the #SaveSheikhJarrah campaign that has mobilized local and international action against Israel’s plan to displace dozens of Palestinian families from their homes in the occupied Jerusalem neighbourhood of Sheikh Jarrah.

Nabil al-Kurd, Muna’s father, told reporters that an Israeli police force savagely raided their home in Sheikh Jarrah neighbourhood, detained his daughter and handed a notice ordering her brother, Mohammad, who was not at the home at the time of the raid, to turn himself in to the police.

He said Muna was taken to an Israeli police station in Salaheddine Street in the occupied capital.

Three months ago, Muna launched an online campaign under the hashtag #SaveSheikhJarrah to highlight the plight of the homeowners threatened with displacement. In a recent interview, she explained resiliently that "if their families are evicted, the rest of Jerusalem will be taken too".

Muna and her brother, Mohammad, whose family has been living under the threat of displacement from their house in the Karm al-Jaouni quarter in Sheikh Jarrah, have been keeping the world well-informed about the situation there.

The al-Kurd family is one of four families who were initially set to be expelled at the beginning of May. Half of their home was seized by a group of Israeli settlers in 2009.

On May 2, the Israeli district court ruled that the four households must be evicted or reach a compromise with settler organisations by paying rent and recognising them as landlords. The families resolutely refused in a sign of renewed resistance.

Following Israel’s occupation of East Jerusalem in 1967, settler groups launched legal battles to take over the area, claiming the land of Sheikh Jarrah belonged to Jews prior to the 1948 war in Palestine, despite the fact that Palestinian families in the neighbourhood have been there for generations.