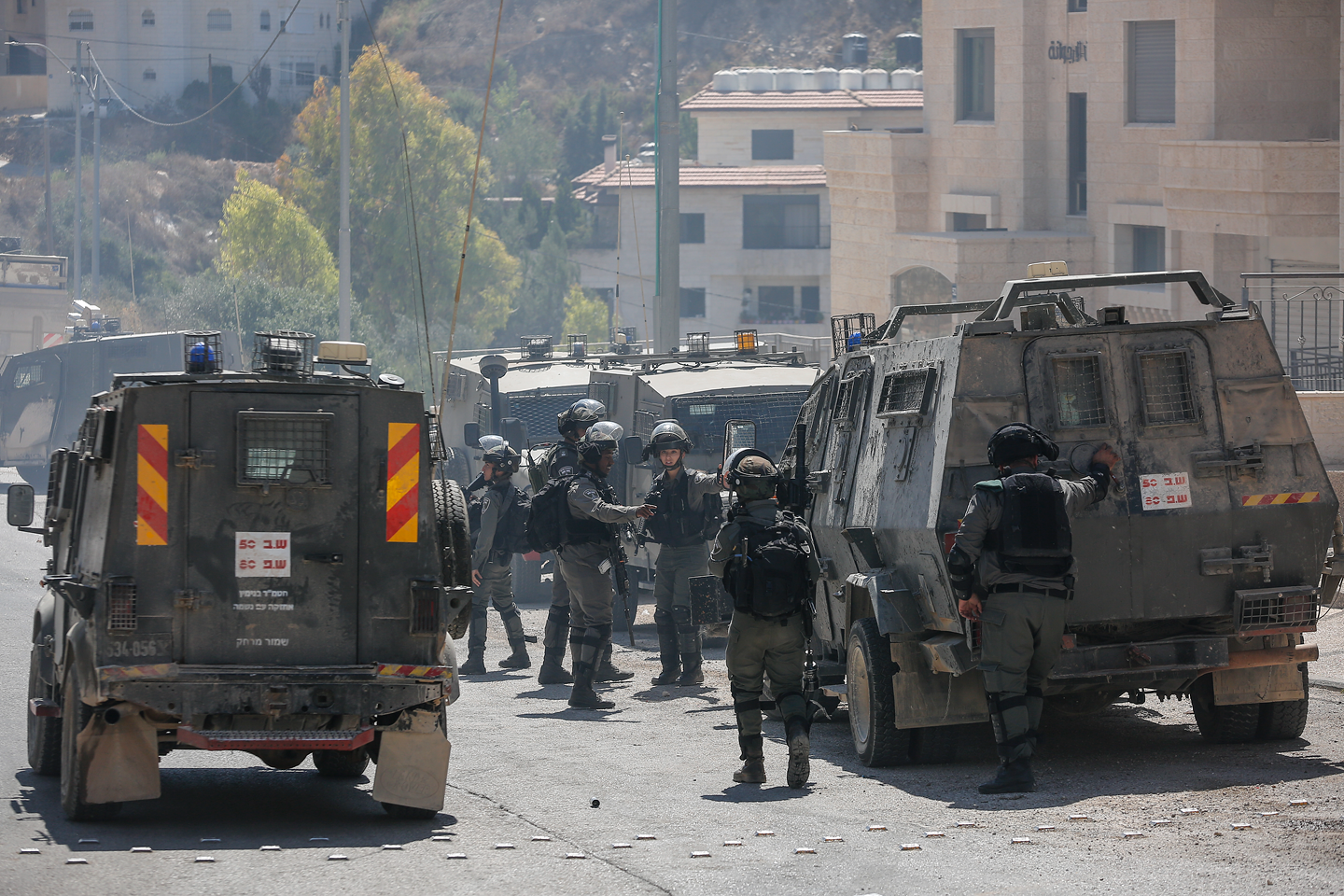 Above is a file photo for an Israeli military raid in al-Bireh city.

RAMALLAH, Thursday, May 27, 2021 (WAFA) – Israeli forces Thursday overnight detained 18 Palestinians from various parts of the West Bank, according to local and security sources.

They confirmed that Israeli forces rounded up three Palestinians after storming the houses of their families in Kafr Ni'ma town, northwest of Ramallah city.

The soldiers also rounded up another after ransacking his house in the Umm al-Sharayet neighborhood of al-Bireh city.

Meanwhile, Israeli police rounded up five Palestinians in multiple raids in several neighborhoods of the occupied city of Jerusalem, including Jabal al-Mukabbir and al-Tur.

In Nablus district, the sources confirmed a similar Israeli military raid in Askar refugee camp, east of the city, resulting in the detention of another.

During the ensuing confrontations, the soldiers opened fire towards local youths protesting the raid, hitting one with a live round. He was evacuated to a hospital for treatment.

In Hebron district, Israeli forces barged their way into Sa‘ir town, east of the city, where they kicked into the doors of several houses and detained seven others, including a lawyer.

While in the town, the soldiers fired tear gas and concussion bombs towards the civilian houses, setting their farmlands ablaze.

In Jenin district, the sources confirmed a raid in Yabad town, southwest of the city, where the soldiers searched several houses and interrogated their inhabitants. No detentions were made though.

Soldiers also forced their way into al-Yamun and Araqah towns, west of the city, where they broke into a number of houses and seized the recordings of surveillance cameras.