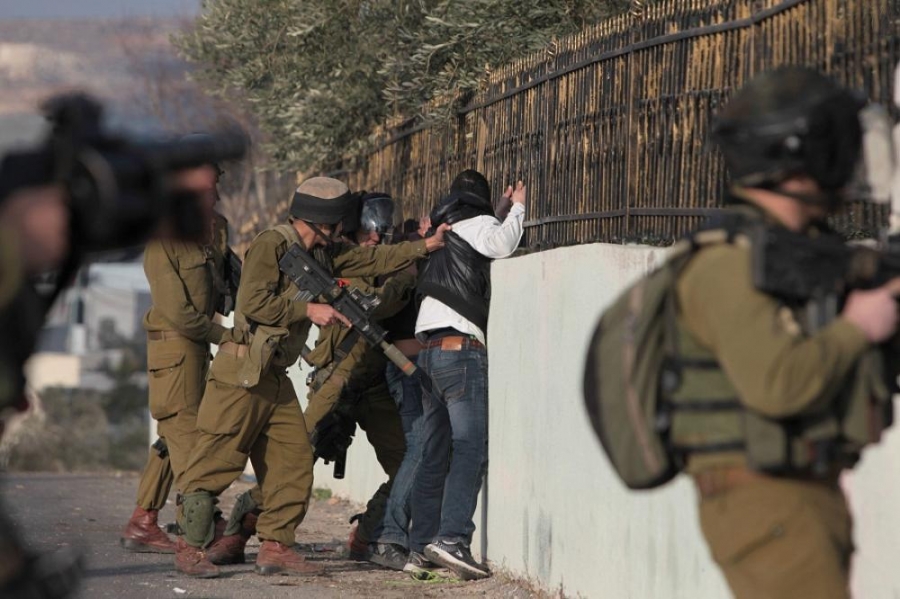 RAMALLAH, Sunday, May 23, 2021 (WAFA) – Israeli occupation forces last night detained at least 14 Palestinians during raids across the occupied West Bank and in occupied Jerusalem, according to Palestinian security and local sources.

In Jerusalem, Israeli occupation forces broke into the neighbourhood of Beit Hanina where they detained three Palestinians, including Shadi Mutawir, a representative of the Palestinian Authority’s ruling Fatah Movement in the city.

In Jenin, north of the occupied West Bank, an Israeli army force raided the village of Kafr Dan and detained a father, Fo’ad Nayef Kamamji, and his four sons, Imad, Majd, Shas and Muharram.

Occupation forces also stormed the nearby towns of Qabatiya and Ya’bad, where another two Palestinians were detained.

In Nablus, also in the north of the West Bank, Israeli occupation forces broke into Askar neighbourhood and Balata refugee camp, where they detained two Palestinians after raiding and searching their homes.