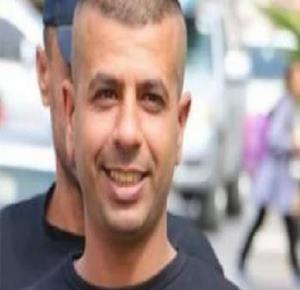 RAMALLAH, Wednesday, May 12, 2021 (WAFA) – Palestinian administrative detainee in Israel, Imad Sawarka, today suspended his 56-day long hunger strike after Israel set a ceiling for his detention, according to the Palestinian Prisoner Society (PPS).

It said in a statement that Sawarka, 37, from Jericho, who began his hunger strike on March 18 to protest his prolonged administrative detention, has agreed to suspend his hunger strike after his lawyer informed him that he has reached a deal with the Israeli occupation authorities in which Sawarka's current detention will not be renewed after it ends on July 17.

Sawarka, married with five children, spent a total of 10 years in Israeli jails for resisting the occupation. His latest arrest came in July of last year after which he was placed in administrative detention without charge or trial.