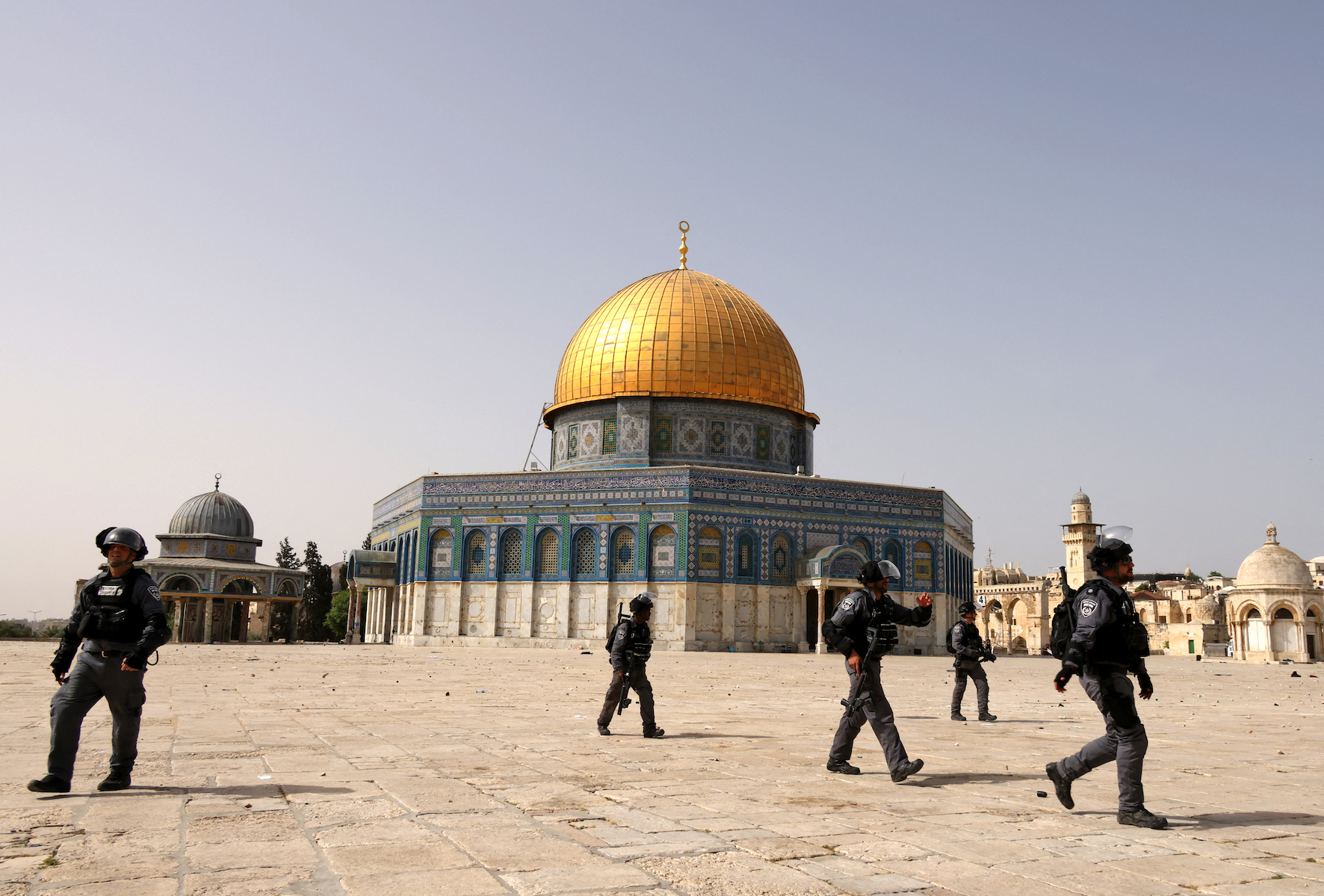 GENEVA, Monday, May 10, 2021 (WAFA) - The Euro-Mediterranean Human Rights Monitor said it was “greatly concerned” by the news that Israeli forces stormed the Al-Aqsa Mosque and started brutally attacking Muslim worshipers, calling for an immediate end to Israel’s escalating violations against Palestinians in East Jerusalem.

“For more than a week, the Israeli forces have carried out systematic attacks on Palestinians in East Jerusalem, especially in the Sheikh Jarrah neighborhood, which is threatened with eviction. Hundreds of Palestinians were injured with rubber bullets and tear gas canisters or by severe beatings at the hands of the Israeli forces who also arrested other Palestinians,” it said in a statement.

Today at dawn, the Israeli forces escalated their aggressive movements in Jerusalem and stormed Al-Aqsa Mosque (the third holiest place for Muslims in the world) in large numbers. The forces besieged hundreds of worshipers inside the mosque and showered them with gas canisters and sound bombs leaving hundreds of them wounded.

The Israeli forces abducted several of the wounded while paramedics were trying to transport them from inside Al-Aqsa Mosque to nearby hospitals for treatment. One paramedic was severely beaten while on duty by Israeli soldiers.

“Israel's escalation of attacks in Jerusalem is part of a long-term policy to change the status quo in the city, displace the Palestinian population and replace them with Israeli settlers, and take over the city’s lands by approving illegal settlement projects,” said Euro-Med Monitor.

“The Security Council, in its meeting later today, should discuss the situation in Jerusalem and take a decisive position that protects the Muslims’ rights to freedom of worship, condemns Israel’s violent attacks on Palestinians, and affirms the necessity for Israel to preserve the status quo in Jerusalem and stop their prejudice against the religious status of Islamic holy sites in the city,” it added.