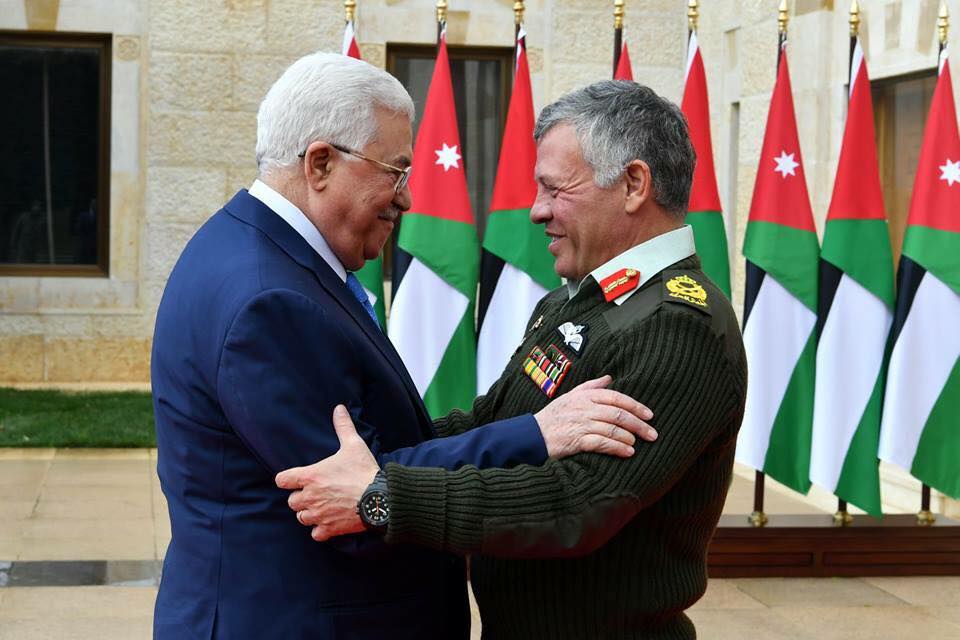 RAMALLAH, Sunday, April 04, 2021 (WAFA) – President Mahmoud Abbas said last night that the people and leadership of Palestine were standing on the side of their Jordanian brethren, and expressed his support to the decisions made by King Abdullah II to bolster the security, unity and stability of Jordan.

President Abbas said in a statement that he backs all the decisions made by the Jordanian monarch, adding that Jordan's national security was a top Palestinian priority

He expressed his appreciation of the positions of Jordan under the leadership of King Abdullah II, and said Jordan has always been on the side of the fair national rights of the Palestinian people.

The President expressed wishes of further security and stability for the people and leadership of Jordan.

Those detained included a former minister and a member of the royal family, a senior military official told the state-run Petra News Agency.