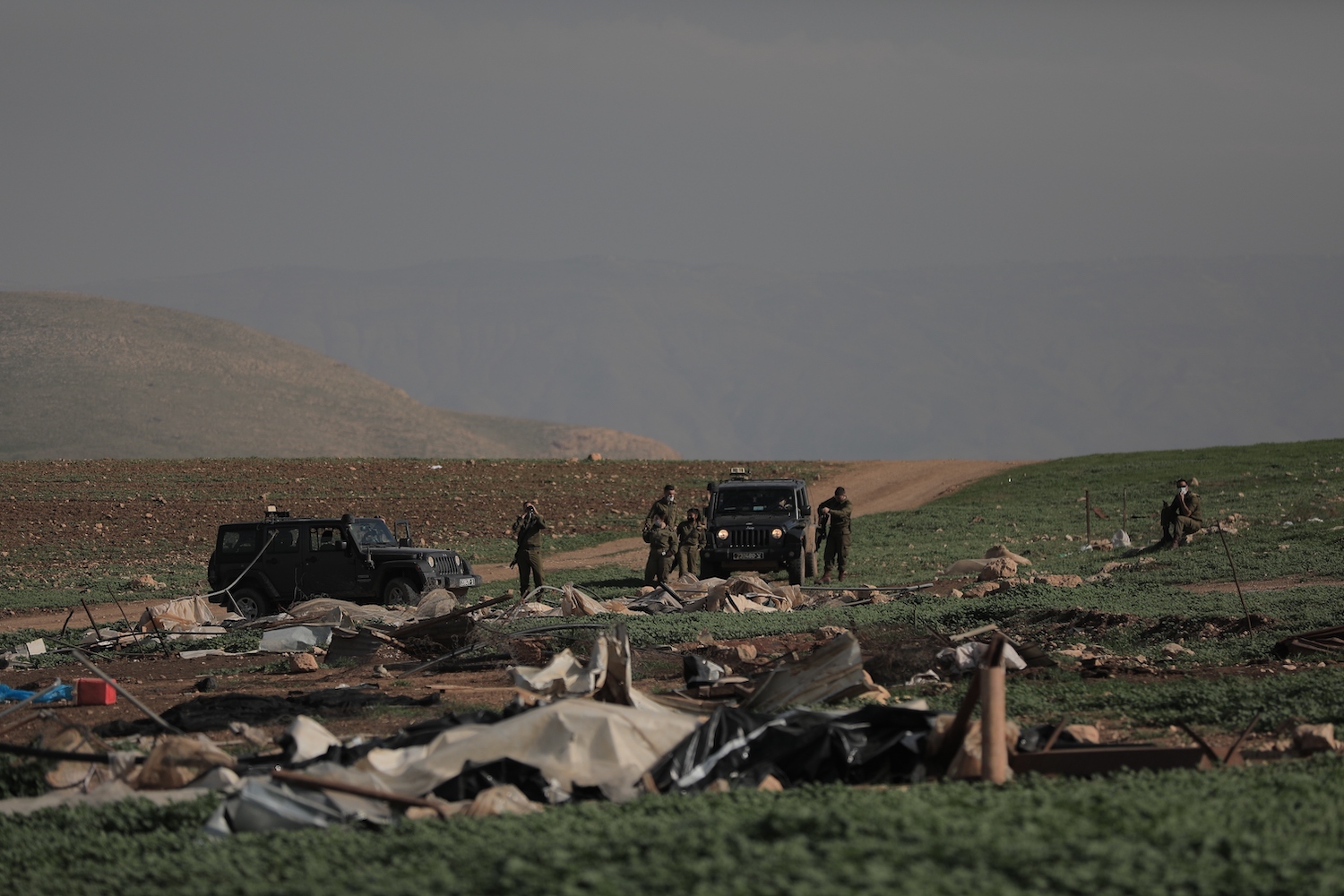 AMMAN, Tuesday, February 9, 2021 (WAFA) - Israel seized more tents donated by humanitarian organizations to Palestinian Bedouins in Humsa al-Bqaia in the northern Jordan Valley yesterday and continued to block international aid since demolishing or confiscating 46 structures in the community in one week, said a press release by the Norwegian Refugee Council (NRC).

"Israel appears determined to force Palestinians out of their village of Humsa al-Bqaia, depriving them of basic shelter and making their lives miserable, while destroying international aid donated to the most vulnerable," said Jan Egeland, Secretary General of the Norwegian Refugee Council.

"The international community has once again witnessed attacks on some of the poorest families on occupied Palestinian land. Empty words of ‘concern’ are not enough for these families who find themselves homeless and deprived of the most basic needs. The international community, including European governments, must do more to stop forced displacement and demand that Israel provide reparations to Palestinian victims." On 1 February, Israeli forces confiscated 25 structures in Humsa al-Bqaia Bedouin community in the northern Jordan Valley on the alleged basis that they lacked an Israeli building permit for construction in Area C. On 3 February, Israeli forces returned to seize a further 21 structures.

Sixty Palestinians have been uprooted from their homes, including 35 children. Structures demolished included 21 homes, 17 livestock shelters, and eight water and hygiene facilities. The European Union, 10 of its member states, and the United Kingdom had funded 29 of the structures in November 2020, after Israel destroyed or seized 83 structures in the community in the largest single demolition incident recorded in recent years.

Community members reported that the area commander of the Israeli Civil Administration, an arm of the Israeli military government, informed each household that they must leave Humsa al-Bqaia to a relocation site 15 kilometers away in Ein Shibli village, or have their homes and other property destroyed and seized. However, the community wants to remain on their land and has rejected previous proposals to relocate. The nearby illegal Israeli settlements of Beqa’ot and Ro’i have targeted Humsa al-Bqaia to expand into the area cultivated by Palestinians.

Under international law, an occupying power is strictly prohibited from transferring members of the occupied population from their existing communities against their will. Humsa al-Bqaia community has received material assistance from the West Bank Protection Consortium, a strategic partnership of five international NGOs, 11 European donors, and EU Humanitarian Aid, formed to prevent the forcible transfer of Palestinians in the West Bank.