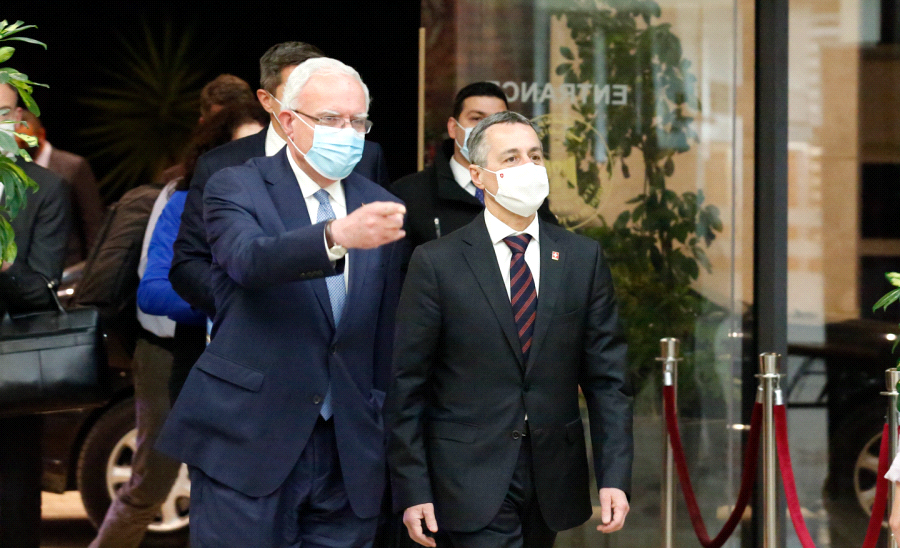 RAMALLAH, Sunday, November 29, 2020 (WAFA) - In a meeting with Swiss Foreign Minister Ignazio Cassis, who is on an official visit to Palestine to inaugurate the Swiss-Palestinian Businessmen Forum, Foreign Minister Riyad Malki welcomed the visiting minister and his accompanying delegation, particularly since the visit comes on the International Day of Solidarity with the Palestinian People, hoping from Switzerland to develop its special relations with Palestine by recognizing the state of Palestine.

The foreign minister briefed his Swiss counterpart on the situation in the occupied Palestinian territories and the Israeli measures and policies that aim to prevent the establishment of an independent, viable and geographically contiguous Palestinian state within the 1967 borders with East Jerusalem as its capital.

Cassis, on his part, revealed the Swiss development plan for the Middle East region, especially Palestine.

He expressed his country's readiness to support international efforts for the return of the Palestinian and Israeli sides to the negotiating table, stressing Switzerland's desire to strengthen commercial relations with the State of Palestine, and the opening of the joint businessmen forum is a confirmation of that.