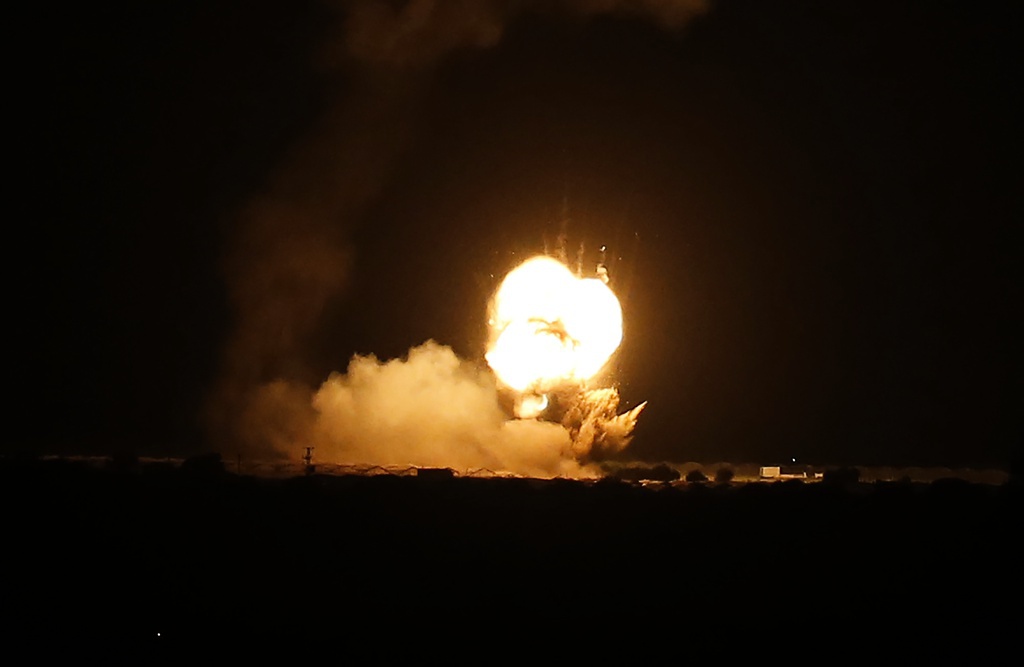 One of the Israeli airstrikes carried out last night on Gaza

WAFA correspondent said that Israeli warplanes fired three rockets at a site to the west of Gaza City, destroying it and causing damages to neighboring properties. No casualties were reported.

Israeli warplanes also targeted with five rockets a site, including an agricultural area, to the east of the city, causing damages to properties nearby.

In the south, Israeli warplanes fired five rockets at two sites to the west of the cities of Khan Younis and Rafah, causing destruction to the sites and damages to neighboring properties.

The Israeli occupation army claimed that the attacks came after a missile was fired at an illegal Israeli settlement close to the Gaza Strip.

Israel takes over 193 dunams of Palestinian land for a landfill