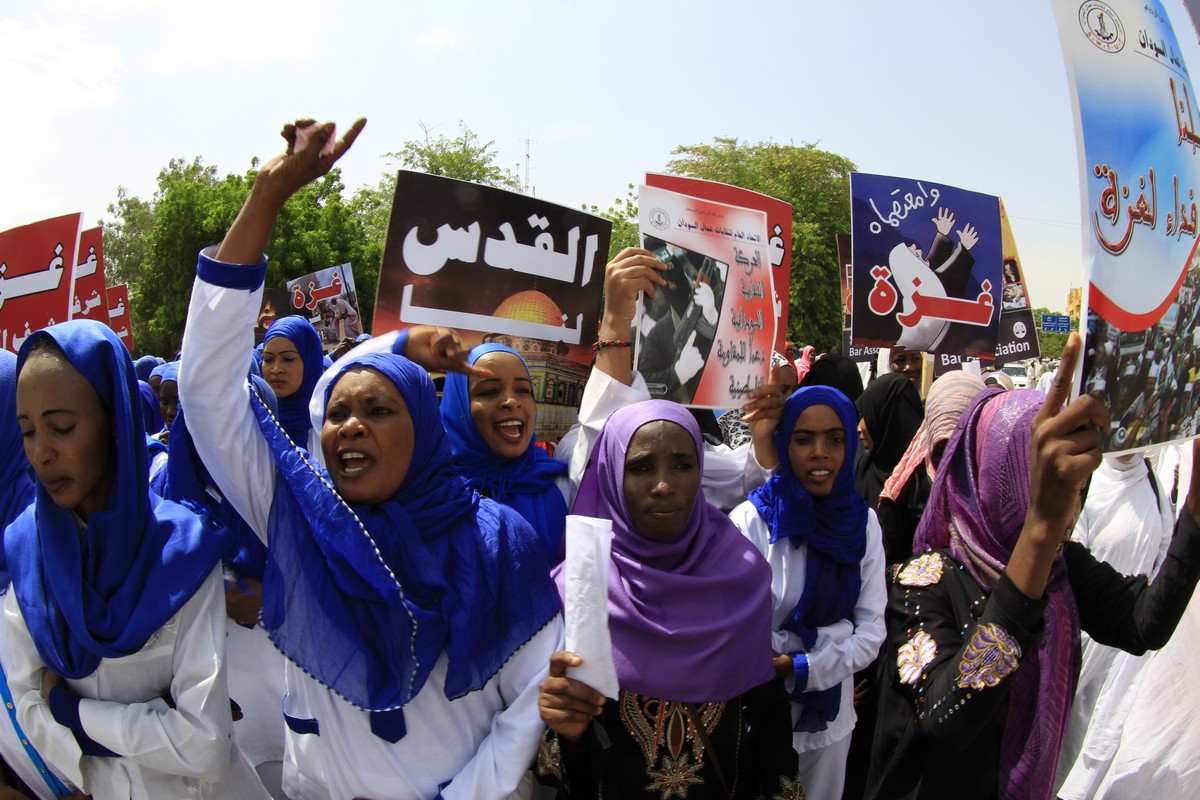 "Jerusalem is ours," says a poster held by Sudanese people demonstrating in support of Palestine. (File photo)

It said in a statement following yesterday’s declaration of normalization steps between Sudan and Israel under United States sponsorship, that the Sudanese people, who are systematically being isolated and marginalized through secret deals, are not bound by the agreements reached by pro-normalization forces.

The Transitional Authority deliberately violates the constitution and proceeds with steps towards normalization while sidestepping Sudan’s firm support for the legitimate rights of the Palestinian people, it said, adding that the Sudanese people are bound by their historical positions and will resist normalization while supporting the Palestinian people in their struggle to gain their full legitimate rights.