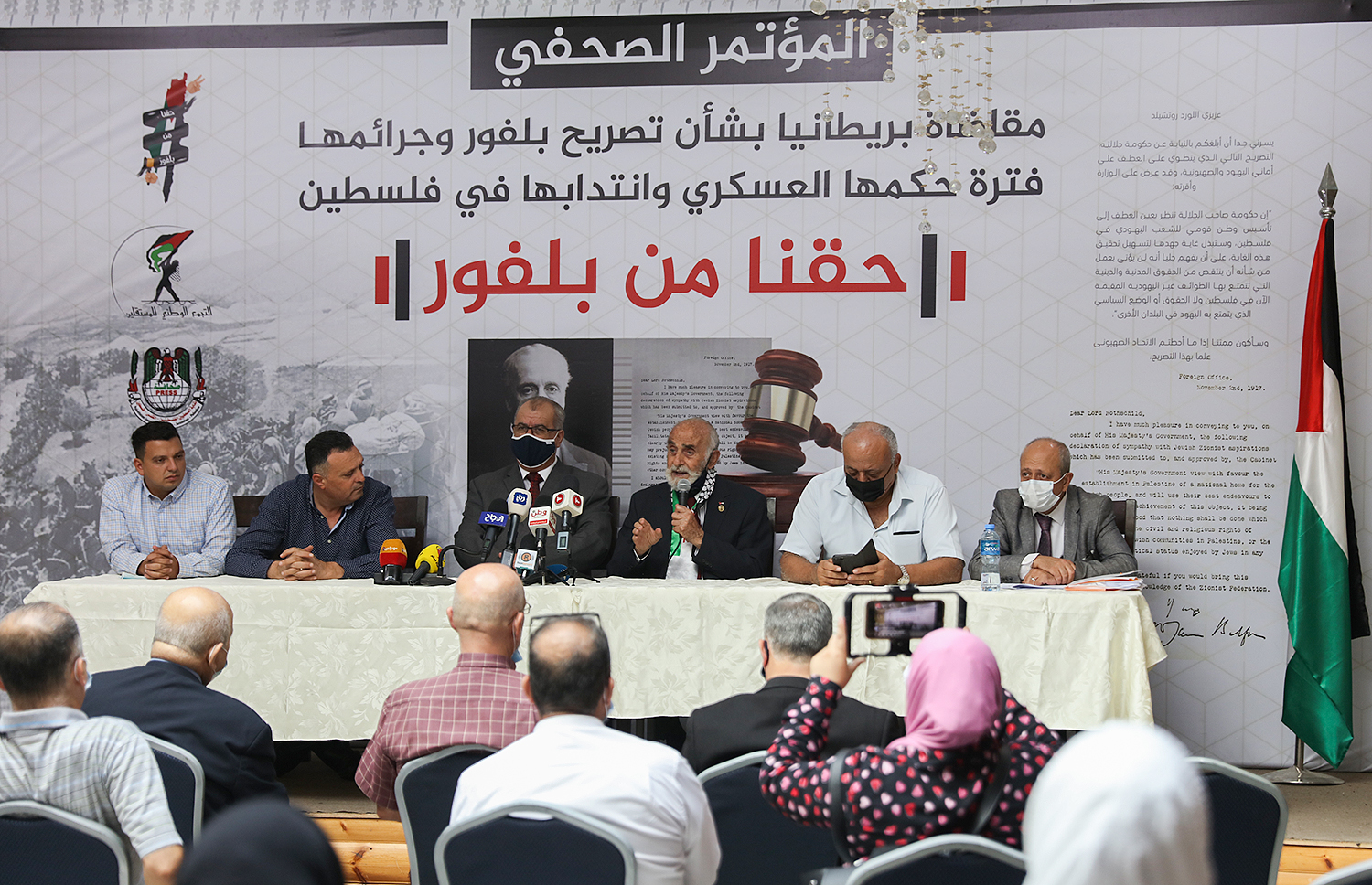 Participants in the press conference announcing the initiation of a lawsuit against the British government for its responsibility for the suffering of the Palestinian people. (WAFA Images / Huthaifa Srour)

RAMALLAH, Thursday, October 22, 2020 (WAFA) - The National Party for Independents (NPI), the International Commission to Support the Palestinian Rights (ICSPR), and the Palestinian Journalists Syndicate (PJS) today initiated a lawsuit against the British Government regarding its responsibility for the suffering of the Palestinian people.

Speaking at a press conference in Ramallah, Munib Masri, president of NPI and representative of the participants in the lawsuit, said this is the first legal case to be carried out against the British Government before a Palestinian court regarding Britain’s blatant violation of the rights of the Palestinian people and its responsibility for the aftermath of the implementation of the Balfour Declaration.

"The Balfour Declaration is unacceptable,” he said. “It was not just a declaration, but a birth certificate of a state with letters of shame, injustice, nullifying, and a replacement tactic drawn by Britain in partnership with the Zionist movement, ignoring the rights of more than 93% of our Palestinian people, and granting the Jews, who at the time composed only 7% of the population, full rights," he said.

This legal project directed its first steps against the British Government being the main reason behind the suffering of the Palestinian people and the empowerment of the Zionist movement in Palestine ever since it declared what has become to be known as the Balfour Declaration in 1917, two years before the start of the British mandate in Palestine, in addition to transforming a promise into an executive project which was literally implemented by abolishing the national identity of the Palestinian people and calling them "existing non-Jewish communities in Palestine" as per the text of the declaration, although Palestinians back then formed 93% of the population of the people in Palestine.

Masri pointed out that the legal movement led by NPI came as one of the outcomes of the National Strategy Conference to face the so-called Deal of the Century and the Israeli occupation policies held in May and organized by NPI, The Palestinian Ministry of Justice and Al-Quds University in order to open a legal front against all those who caused harm and injustice to the Palestinian people.

After the press conference participants headed to the Courts Complex in Ramallah to officially register the case. 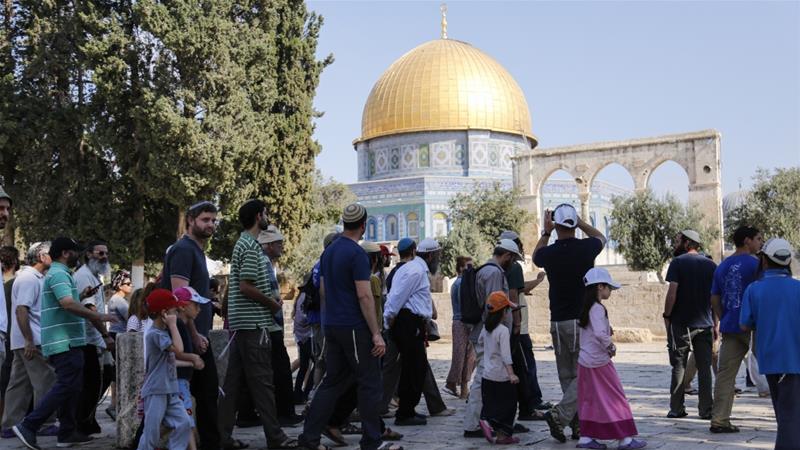 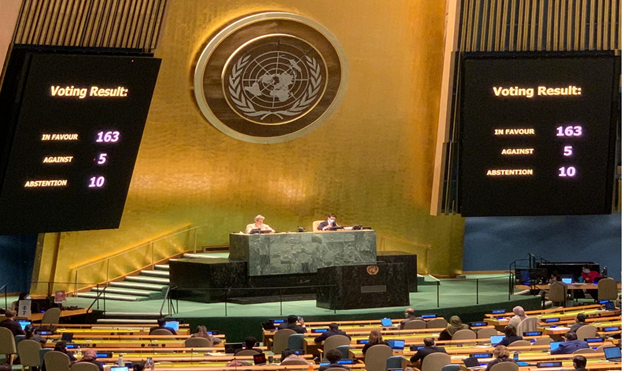