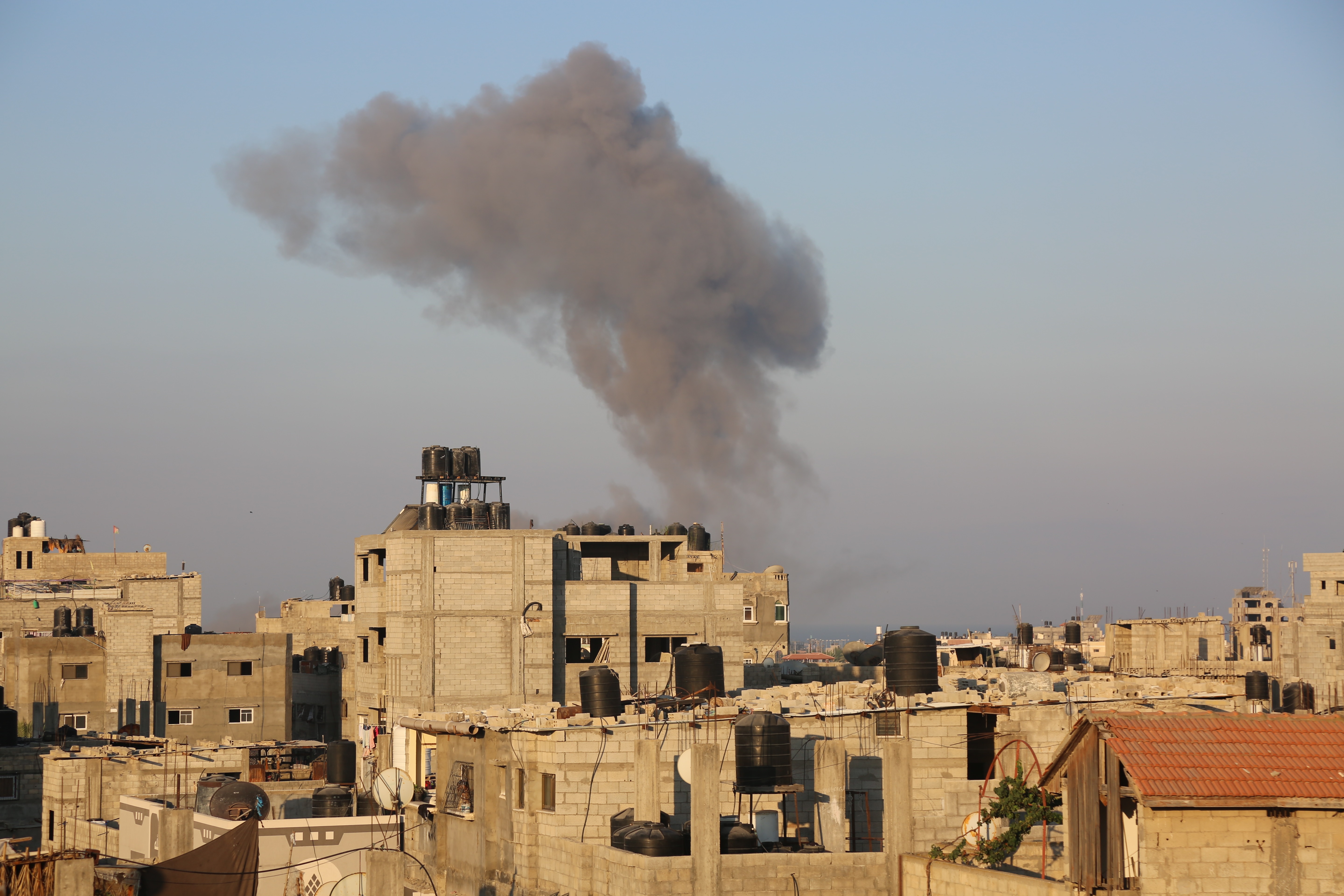 Columns of smoke can be seen west of Gaza City as a result of an Israeli airstrike, 28 August 2020.

The Israeli occupation forces claimed that the attacks, which commence a third week of similar daily attacks by the Israeli war machinery, came after rockets were fired from the Gaza Strip into Israeli occupation's military bases surrounding the enclave.