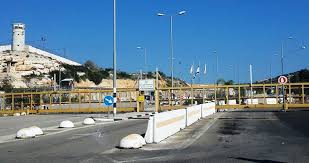 Bartaa Israeli military checkpoint in the north of the occupied West Bank.

JENIN, Wednesday, August 26, 2020 (WAFA) – Israeli soldiers shot and injured today a Palestinian man near the separation wall in the north of the West Bank, according to local sources.

They said that Mamoun Qalalweh, 27, from al-Jadida village, southwest of Jenin, was shot in the leg near an Israeli army checkpoint.

Qalalweh was taken to hospital in Jenin where he was reported in moderate condition.

The circumstances of his shooting were not immediately known.