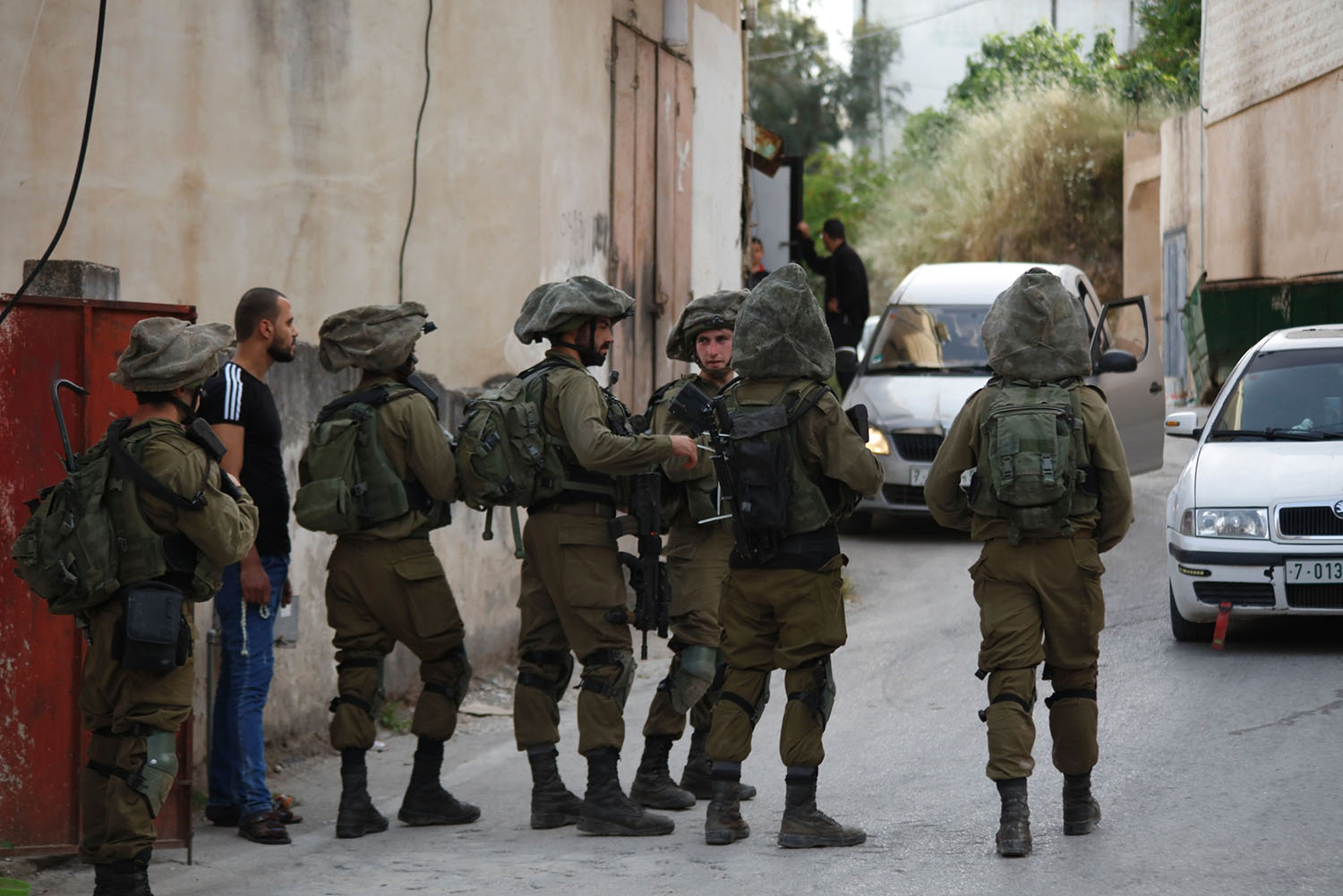 Israeli occupation forces raiding the town of Ya'bad in the north of the occupied West Bank, 13 May 2020. Credit: Udai Duaibes

Occupation forces raided the village for the second time in less than two days, provoking clashes with local Palestinian residents. The later fired rubber-coated rounds, stun grenades and teargas canisters at the civilians, causing many cases of suffocation from gas inhalation.

Those injured were treated at the scene by medics of the Palestinian Red Crescent (PRC).

The village has been the latest target of an Israeli campaign of daily raids over the past few days, with soldiers breaking into homes and harassing civilians under the alleged pretext of security.