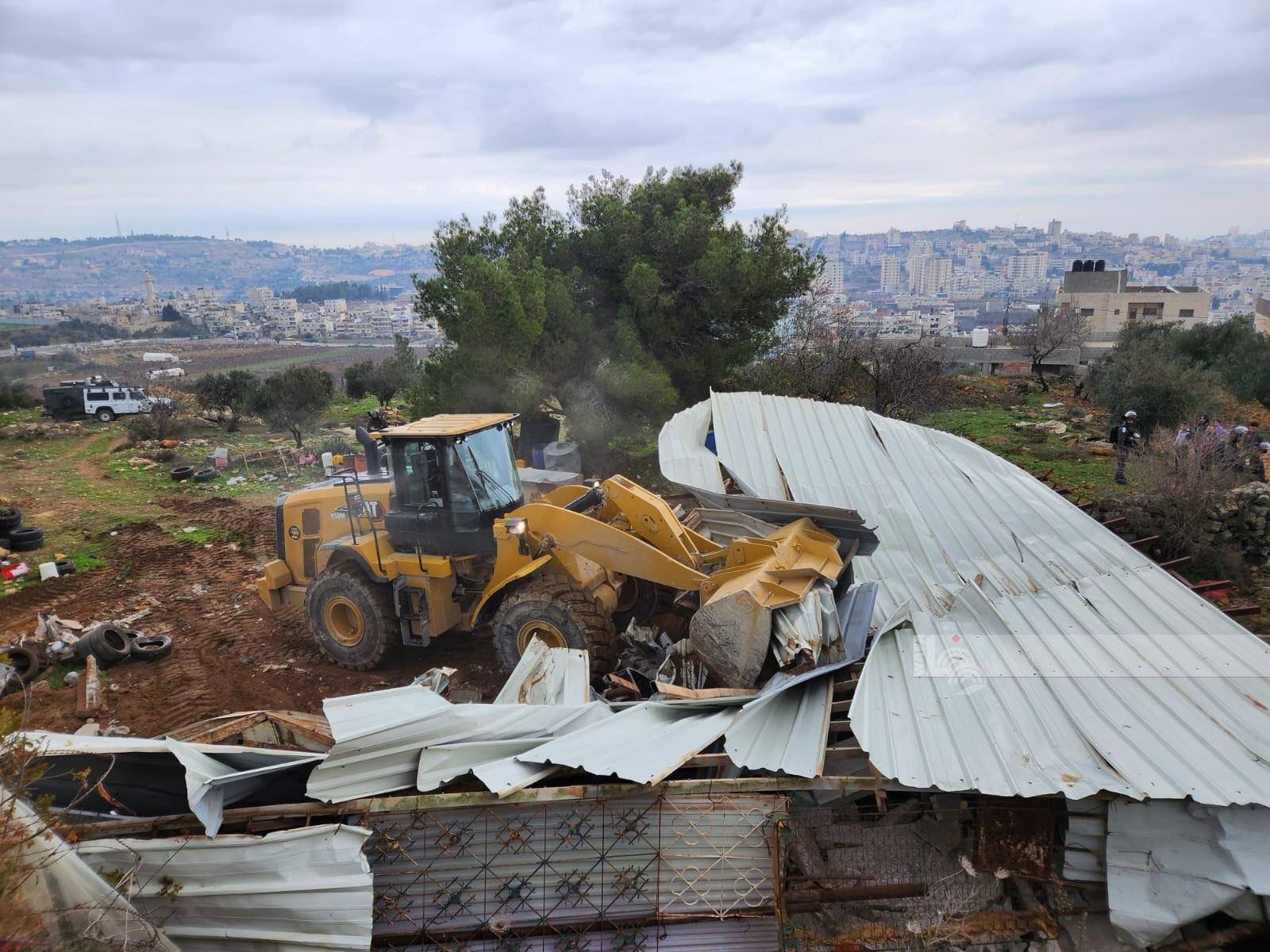 Ghassan Daghlas, who monitors colonial settlement activities in the northern West Bank, said that an army force, accompanied by a bulldozer, stormed the eastern part of the town, and razed eight dwellings and cattle barns, all belonging to Mahmoud Mleihat, displacing some 25 people, including children.

Israel denies planning permits for Palestinians to build on their own land or to extend existing houses to accommodate natural growth, particularly in occupied East Jerusalem and Area C, which constitutes 60 percent of the area of the occupied West Bank and falls under full Israeli military rule, forcing residents to build without obtaining permits to provide shelters for their families.