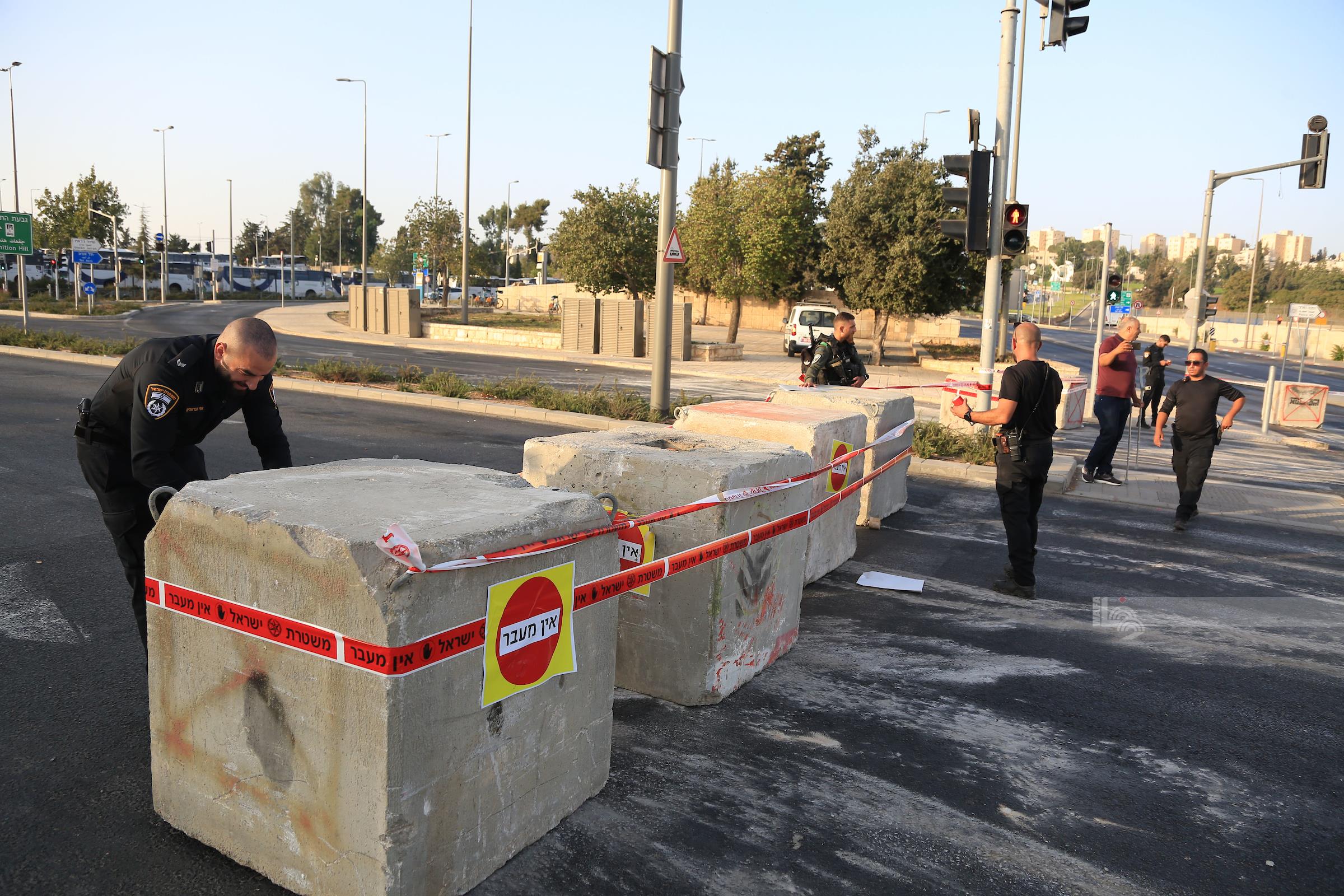 Israeli police place blocks in one of the streets in the occupied city of Jerusalem in order to provide protection for the Israeli settlers as they stormed al-Aqsa mosque. (WAFA Images)

Islamic Waqf in Jerusalem said that hundreds of settlers  were divided into groups and raided the Islamic holy site to perform Talmudic rituals, in celebration of the Jewish holiday of Yom Kippur.

WAFA correspondent said that the Israeli forces, accompanied by special military units, raided al-Aqsa compound and surounded Palestinian Muslim worshippers in order to provide protection for the Israeli settlers as they stormed the site.

She added that the forces also assaulted Muslim worshippers and detained some of them.

The provocations at Al-Aqsa often intensify during Jewish holidays, as Jews marked last month and also this month several holidays, starting with the Jewish new year, Yom Kippur, and then Sukkot.

The Jewish fanatics seek to destroy the Muslim shrines at the holy site, take over the whole area and build Jewish shrines.

The provocations have caused serious repercussions and warning of an explosion if they continue whether it was in Jerusalem or anywhere in the occupied West Bank.