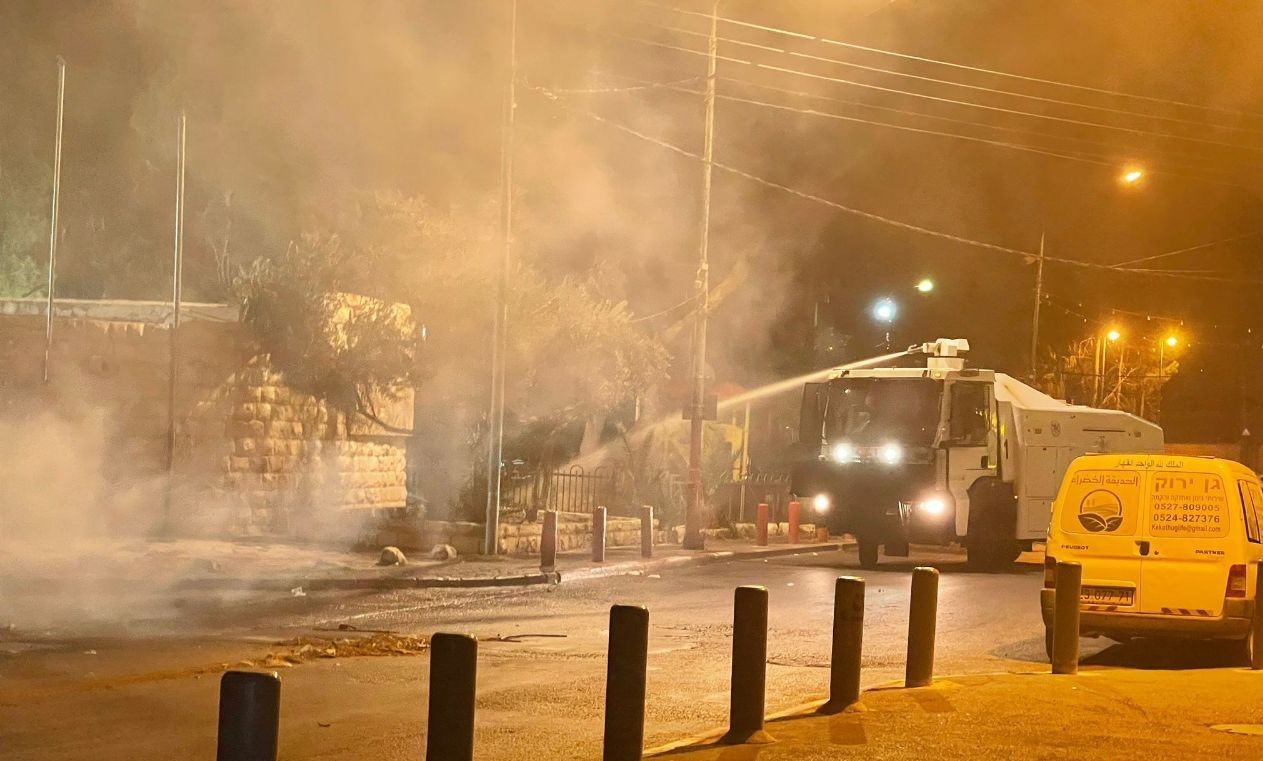 JERUSALEM, Saturday, September 24, 2022 (WAFA) – Classes were suspended today at Khaled Rashid School in al-Tur neighborhood of occupied East Jerusalem after it was flooded with skunk water sprayed at the school by the occupation forces during the clashes that broke out yesterday in the neighborhood, according to local sources.

The clashes broke out after Israeli forces shot and killed Mohammad Abu Jumaa, 23, a resident of the neighborhood following an alleged stabbing attack near the illegal settlement of Modain.

During the clashes, the Israeli occupation forces used firepower against the Palestinian residents of the neighborhood and a police van sprayed the homes and buildings with skunk water causing an unbearable foul odor all over the neighborhood, said the sources.

As a result of the foul odor, classes at Khaled Rashed school, which were flooded with skunk water, were suspended today.