Suffocation injuries during Israeli assault on schools near Nablus, Ramallah 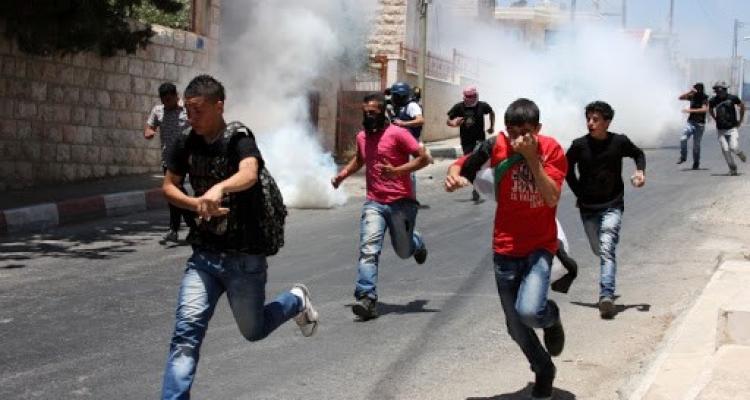 NABLUS, Wednesday, September 21, 2022 (WAFA) – A number of Palestinian students Wednesday suffered from suffocation after Israeli forces fired tear gas bombs at a school in the village of Burqa, northwest of the occupied West Bank city of Nablus, local sources said.

Ghassan Daghlas, who monitors settlements in the northern West Bank, told WAFA that the Israeli forces fired a number of sound and gas bombs at Burqa High School, located to the west of the village. As a result, a number of students suffocated due to inhaling the toxic gas fired at them by the soldiers.

Meanwhile, a number of students in the village of Aboud suffered from suffocation after Israeli forces fired toxic and tear gas bombs at two schools in the village.