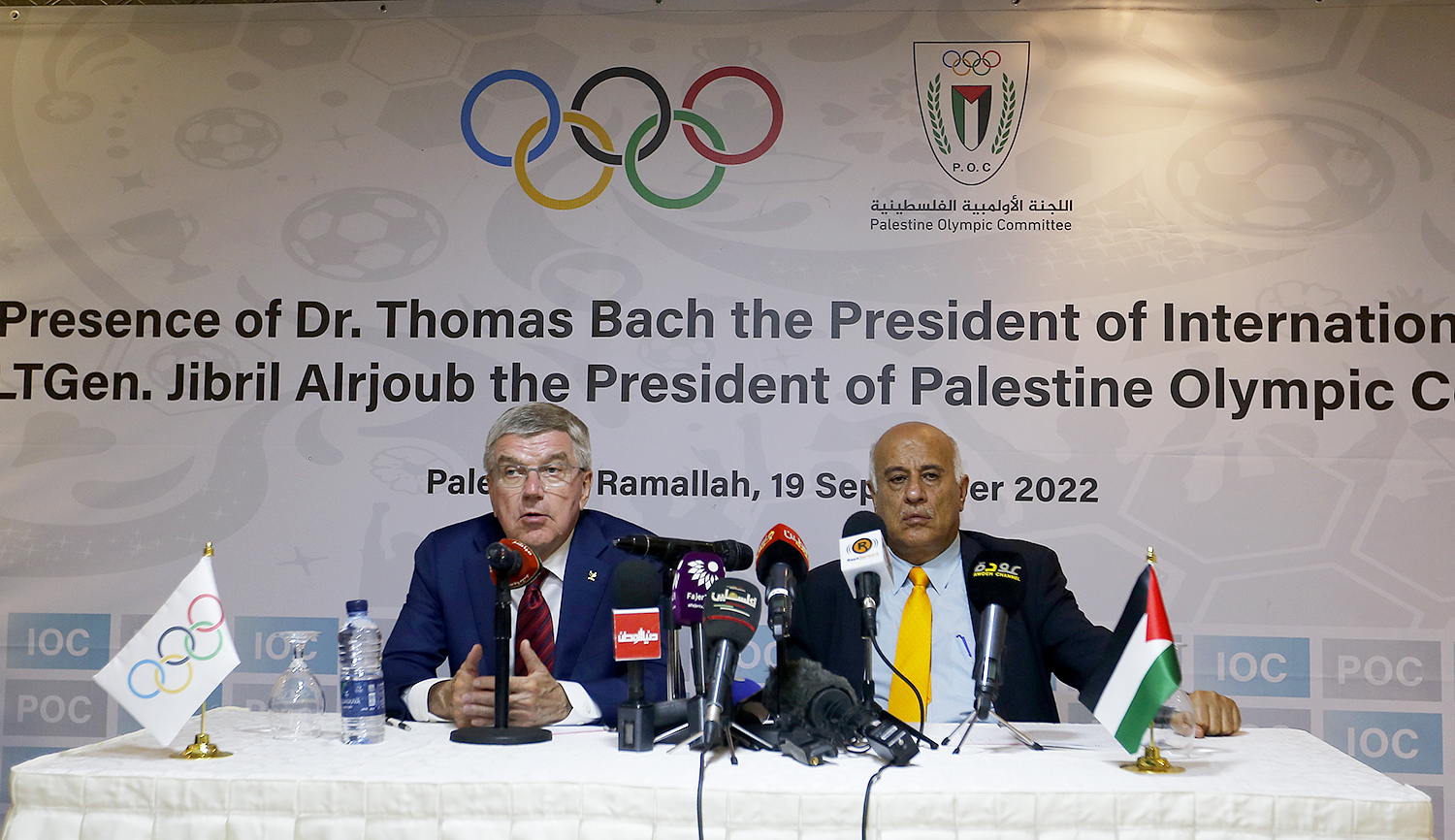 RAMALLAH, Monday, September 19, 2022 (WAFA) – The head of the International Olympic Committee (IOC), Thomas Bach, today concluded a two-day visit to Palestine with a promise to support the development of Palestinian sports.

Bach told a press conference held in Ramallah with Jibril Rjoub, head of the Palestinian Olympic Committee (POC) that the IOC will continue to support the POC in its efforts to build and strengthen the Palestinian athletes in order to prepare them for the 2024 Olympics.

He said the IOC is going to contribute toward building a strong Palestinian Olympic team through training and building proper facilities for them, including supporting a POC initiative to build an Olympic sports center in Palestine.

Rjoub said that "the Palestinian Olympic Committee’s approach is about inclusivity, and we have moved in the direction of making everyone able to access sports: women and men alike. We develop sports in every inch of our internationally recognized territories, including East Jerusalem, in accordance with the Olympic charter, but this has not been an easy job."

He said that despite all odds imposed by the Israeli occupation, the POC has made progress in many areas including launching the Olympic training program in preparation for Paris 2024 and Los Angeles 2028 games.

However, he added, "we still face many difficulties that hinder the development of sports; our movement is restricted; our infrastructure under constant threat of closure, or ever demolition by the occupation."

He said the "POC suffers from the lack of sports infrastructure that is seriously blocking the development of sport and affecting our level of participation in Olympic events," stressing that "through our will, resilience and the assistance of the international sports organizations, we have secured our place in the international sports community as we are building a new reality despite the many challenges that we have around us."

Rjoub thanked his guest for the visit, which he said "reflects on the international recognition that Palestine has achieved," expressing hope that "we can closely work with the IOC to help us build sports facilities, or raise development funds under the auspices of the IOC to help build up sports infrastructure."

He called on the IOC to stop any Israeli sports activities on the internationally recognized Palestinian territories as per the Olympic Charter as the term of reference in both the regional and international sport context.