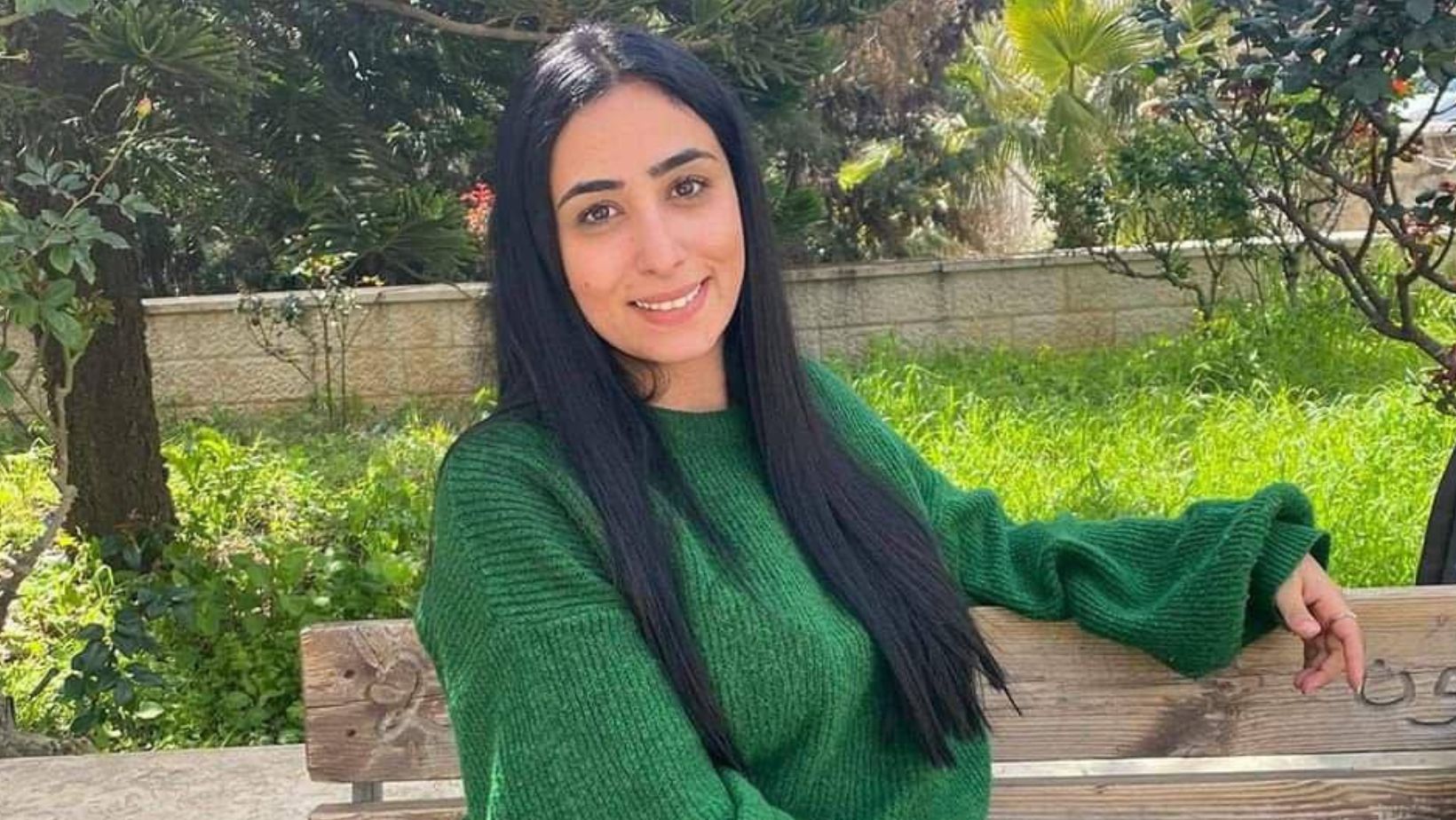 Lama Ghousheh, detained by Israel for her journalistic work.

JERUSALEM, Wednesday, September 7, 2022 (WAFA) – An Israeli court today extended until tomorrow the detention of a Palestinian journalist from occupied East Jerusalem and a mother of two, according to local sources.

Lama Ghosheh, 32, married, a mother of two children, and a graduate student at Birzeit University, was detained at her Sheikh Jarrah home in occupied East Jerusalem on Sunday during which her cellular phone and computer were seized.

It is believed her detention is related to her work as a journalist and her defense of Sheikh Jarrah homes against takeover by Israeli settlers.

Ghosheh was detained several times in the past for her journalistic work with the East Jerusalem-based Elia Youth Media Foundation, which was raided several times and the last was in 2018 when it was shuttered down on allegation of affiliation with a “terrorist” organization.

The arrest of Ghousheh is part of the ongoing Israeli crackdown on Palestinian journalists climaxed with the killing of veteran Palestinian-American Al-Jazeera journalist Shireen Abu Akleh, who was shot and killed by Israeli soldiers on May 11 while covering an army assault on the northern West Bank city of Jenin.

Rights organizations have documented hundreds of Israeli violations of freedom of expression and media over the years targeting mainly Palestinian journalists.

Only yesterday, an Israeli military court sentenced journalism student Dina Jaradat, 23, to four-and-a-half months in prison apparently for her writings on social media.