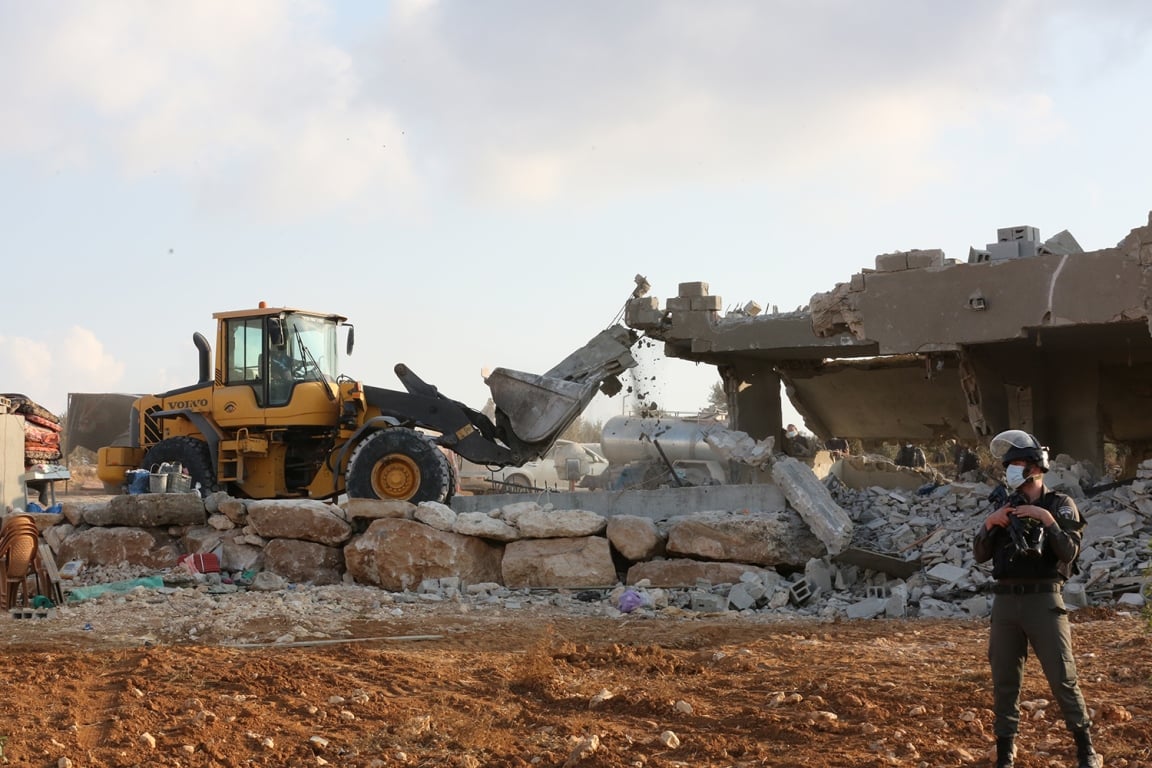 JORDAN VALLEY, Wednesday, August 24, 2022 (WAFA) – Israeli forces Wednesday demolished residential structures and barns in the area of Wadi al-Ahmar, north of the village of Fasayel, in the central Jordan Valley, under the pretext that they were built without a permit.

Local sources said that the Israeli bulldozers demolished the said structures which belong to six families that inhabit the area.

The Israeli authorities had previously notified the families of halt on the construction on those structures.

These families depend mainly on raising livestock, taking advantage of the grazing areas.

In a later development, the Israeli forces returned to the area, cleared the rubble and kicked all the families out, according to sources.

Two days ago, Israeli forces demolished residential houses under construction belonging to Palestinian citizens in the area of al-Doyok in the occupied West Bank city of Jericho; also under the same pretext of building without a permit.