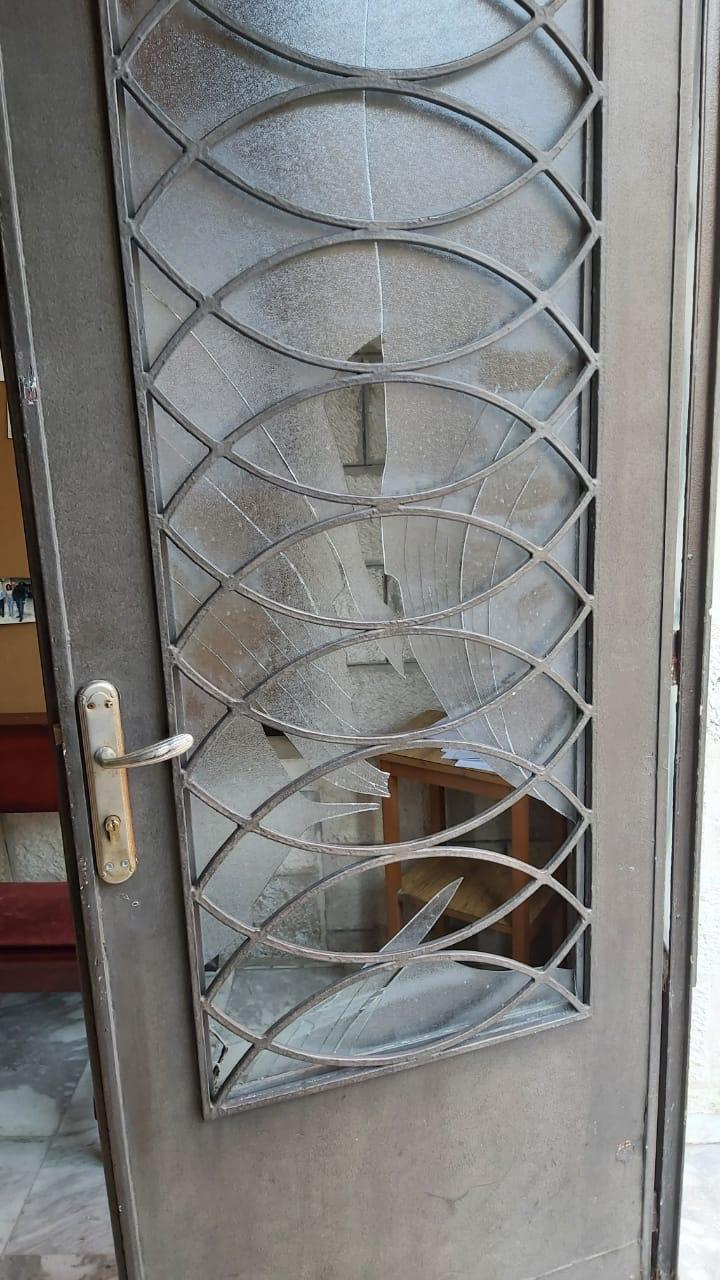 Smashed glass of the door to St Andrew's Anglican Church in Ramallah as a result of an Israeli army break-in.

“Making a forced entry, the soldiers wrecked the church's entrance by smashing through the door's lock and security glass,” describes a letter from the Episcopal Diocese of Jerusalem. “For two hours, Israeli soldiers occupied the entire complex, which includes the church sanctuary, parish hall, church offices, rectory, and the Arab Episcopal Medical Center.”

The diocese reported that the community living inside the church compound felt unsafe during the assault, and further reported that the Israeli forces later justified the incursion as a raid on Al-Haq, a human rights groups in the West Bank, to which St Andrew's rents an office with a separate entrance from the church.

The Episcopal Diocese of Jerusalem condemned the attack on one of its sacred places of worship, as well as the devastation of church property, as both a violation of international law and a terrorist act against the entire community.

“Places of worship and church compounds should be sanctuaries for communities to feel safe to practice their faith and ministry,” reads a statement from the dioceses. “Accordingly, it demands that the Israeli authorities conduct a speedy and impartial investigation into this incident, followed by serious disciplinary action against the offenders.”

Sauca reiterated the WCC’s stand against violence that targets innocent people. “People in a church—a publicly acknowledged sacred space—should not have to live in fear,” he said. “We condemn the military occupation and affirm the legitimacy of Palestinian resistance to injustice.”