Israeli forces gun down teen, wound two others in Hebron 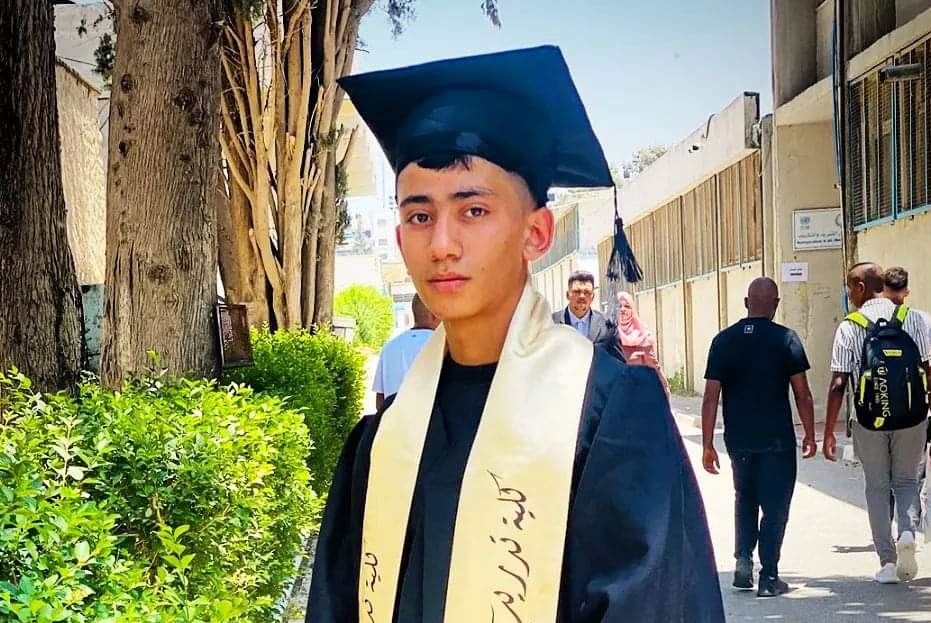 HEBRON, Tuesday, August 09, 2022 (WAFA) – Israeli forces Tuesday afternoon gunned down a Palestinian teen and wounded two others in the southern West Bank city of Hebron, according to the Health Ministry.

Jaber was hit by an explosive round that pierced and stopped his heart. He was rushed to Al-Ahli Hospital’s intensive care unit, where medics attempted to resuscitate him, but to no avail.

The Ministry pointed that the other casualty, who remained unidentified, sustained live gunfire injury in the femoral artery. He was immediately admitted to the operating room.

Witnesses said that Israeli snipers deployed on rooftops in the area also hit 15-year-old minor by a live round in the foot. The minor was ultimately detained.

Meanwhile, Israeli troops manning the checkpoint at the entrance of the Hebron city neighborhood of Tal Rumedia assaulted Fayzeh Abu Shamsiya for filming them while holding a minor. She was evacuated to a hospital for treatment.