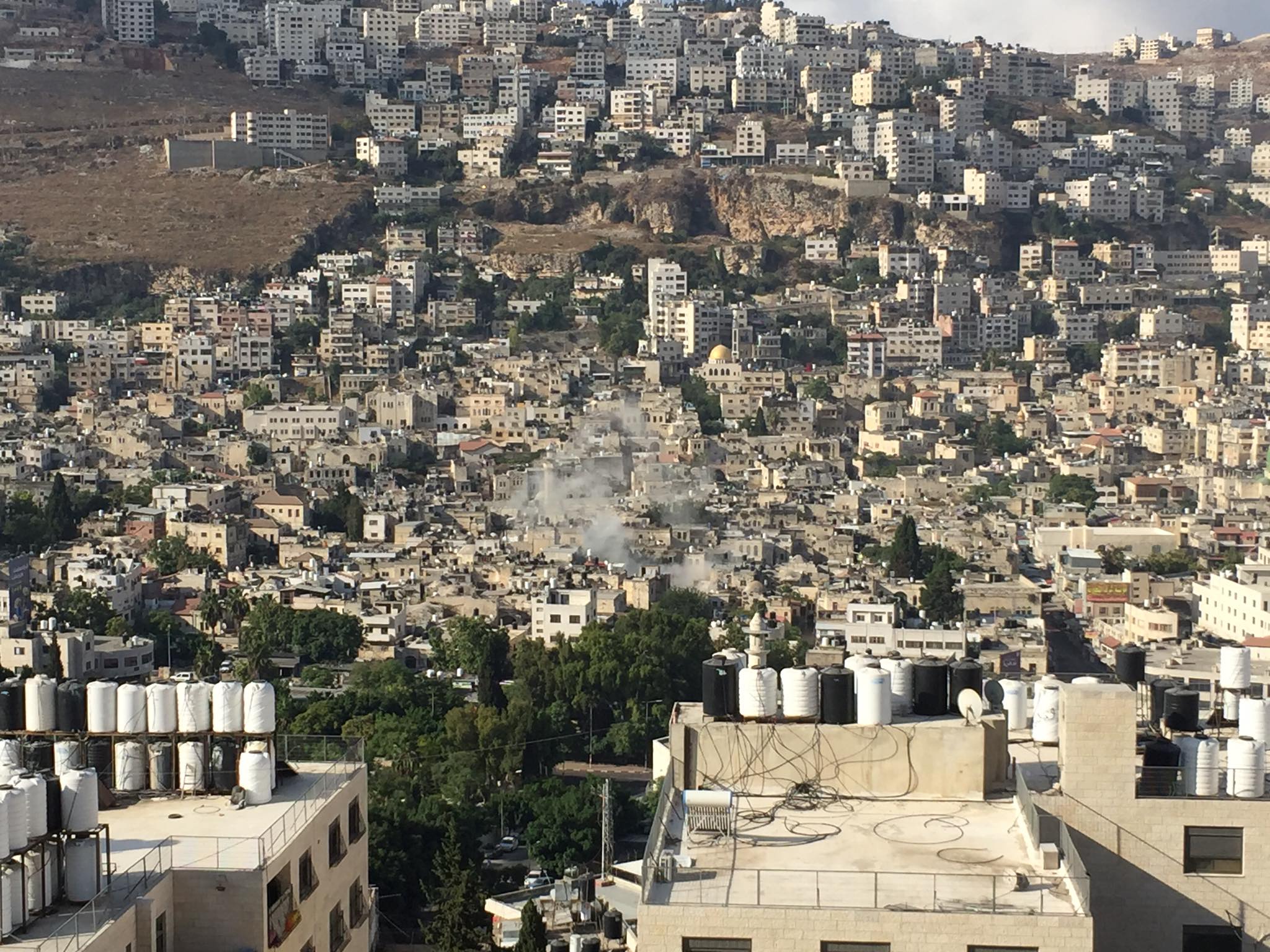 Smoke coming out from the center of Nablus during an Israeli army incursion.

NABLUS, Tuesday, August 9, 2022 (WAFA) –  At least 32 Palestinians were wounded, four of them said to be serious, during clashes with Israeli soldiers who this morning raided the northern West Bank city of Nablus, according to WAFA correspondent.

He said a large army force broke into the eastern neighborhood of the old city of Nablus and surrounded a building.

Clashes broke out as a result during which the soldiers fired a missile at the building.

Medical sources said 32 people were injured with live bullets in the process, four said to be serious with one person critical after he was shot in the chest.

The incursion was still going on at the time of publication of this report.