At NPT Conference, Palestine underscores no justification for Israeli exceptionalism 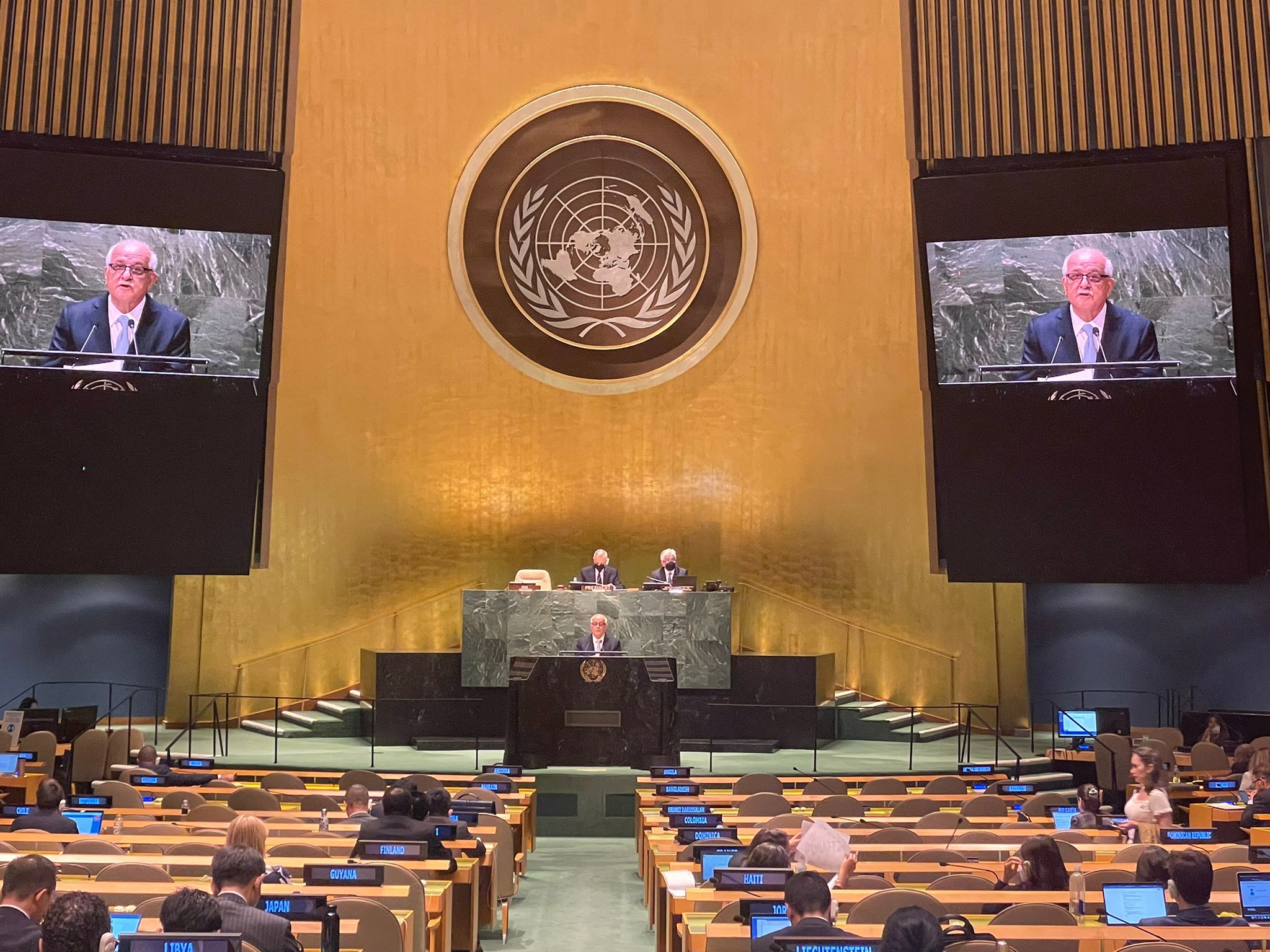 NEW YORK, Thursday, August 04, 2022 (WAFA) – There was no justification for Israeli exceptionalism in the Middle East region, Palestine underscored at the tenth Review Conference of the Parties to the Treaty on the Non-Proliferation of Nuclear Weapons (NPT) in New York.

In his address before the Tenth NPT Review Conference, Palestine’s Permanent Observer to the United Nations, Riyad Mansour, reiterated that the use or threatened use of nuclear weapons has always been illegal — as their very essence violates the fundamental principles of humanity and distinction — and there is no rational justification for the privileged status granted de facto to nuclear weapons over other weapons of mass destruction.

Mansour, associating himself with the Arab Group and Non-Aligned Movement, underscored therefore that “As there can be no justification for the exceptional status granted to nuclear weapons, there can be no justification for Israeli exceptionalism in our region, whereby it would be the only one entitled to hold nuclear weapons.”

“Our region should be free of nuclear weapons, full stop. This dangerous precedent continues to loom over the future of our region,” he added.

He renewed Palestine’s call that the NPT Review Conference should implement the 1995 resolution on establishing a Middle East zone free of nuclear weapons and other weapons of mass destruction.

He warned that “the only alternative to the pursuit of effective nuclear disarmament in our region is a dangerous arms race and potential nuclear proliferation” while calling on the co-sponors of the 1995 resolution to uphold their obligations.

“This is indispensable for regional and international peace and security and for the credibility of their calls for nuclear non-proliferation in our region,” he added.

He added that the only effective remedy against the threat nuclear weapons pose to all of humanity is “ridding the world of these weapons”.

He concluded by emphasizing that a “nuclear sword” is inching closer to our necks, and that “…if we don’t put an end to nuclear weapons, they very might well put an end to humanity.”