Following new allegations by a top Israeli official, Adalah demands the re-opening of the investigation into the police killing of Ya'akub Abu al-Qi’an 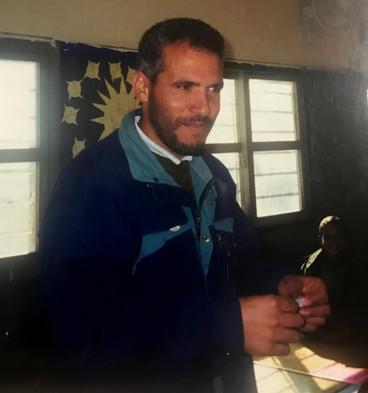 Ya’akub Abu al-Qi’an, a 50-year-old Bedouin math teacher, killed by Israeli police in his village of Umm al-Hiran in the Naqab.

HAIFA, Wednesday, July 27, 2022 (WAFA) - Following a media interview aired on Monday on Israeli TV Channel 12 with the former Deputy Chief of the Police Investigation Department (PID) Moshe Saada, Adalah – The Legal Center for Arab Minority Rights in Israel sent a letter to the Attorney-General Gali Baharav-Miara, the State Attorney Amit Isman, and the Chief of the PID Keren Ben-Menahem, demanding that the PID re-open an investigation into the 2017 police killing of Ya’akub Abu al-Qi’an, a 50-year-old Bedouin math teacher, in his village of Umm al-Hiran in the Naqab (Negev). Adalah emphasized that Saada must be summoned to testify, and the state must pursue criminal charges concerning these events.

In October 2021, the Israeli Supreme Court rejected a petition filed by Adalah and the Public Committee Against Torture in Israel (PCATI) on behalf of the family of Ya’akub Abu al-Qi’an. The petitioners demanded that the Court reject the decision of former State Attorney Shai Nitzan to close the PID probe into the killing of Abu al-Qi’an, and to re-open the investigation, and criminally indict all of those responsible for his killing.

In the interview, Saada revealed that former Police Commissioner Roni Elsheich pressured him to close the probe into the killing. Saada described a conversation whereby the commissioner told him: “‘Moshe, you are not a patriot, do you know how you will harm the State of Israel in the world?’” Saada described a flawed probe, with extreme pressure from public figures, whereby key evidence presented to police officers was ignored.

In the letter, Adalah Attorneys Hassan Jabareen and Adi Mansour argued that the information emerging from Saada’s interview reinforces Adalah’s deep suspicions of a structural conflict of interest within the State Attorney's Office that led to an unreasonable decision to close the probe into the killing, and that this new evidence justifies the re-opening of a criminal investigation into the events. Adalah also emphasized that the PID’s preliminary probe disclosed evidence in the case that raises suspicions of serious criminal acts.

Adalah stated: "There is no clearer case than that of Abu Al-Qi’an to illustrate the systematic impunity afforded to Israel’s police forces for the killing of Palestinians. An innocent citizen was shot by police and left to bleed to death without anyone being held accountable. Now statements by the former Deputy Chief of the Police Investigation Department (PID) reinforce what Adalah has been saying for years: that the PID and the State Attorney's Office have a conflict of interest and are implementing a well-established policy of sweeping immunity when Palestinians are killed or injured by Israeli police or military."

Israeli police shot and killed Abu al-Qi’an, a 50-year-old Bedouin math teacher, during a large-scale, heavily-militarized home demolition operation in his village of Umm al-Hiran in the Naqab (Negev) in January 2017. Israeli officials initially described the incident as a terror attack, and claimed that Abu al-Qi’an killed police officer Erez Levi in a vehicle-ramming attack and also suggested that Abu al-Qi’an had links to the Islamic State. Adalah, along with numerous eyewitnesses and other human rights organizations, immediately countered that false information.

An independent investigation by Forensic Architecture (FA), a research agency based at Goldsmiths, University of London, concluded that Abu al-Qi’an was shot by police before his car accelerated into the nearby crowd, contrary to the claims of senior Israeli police and politicians, and that Abu al-Qi’an was denied medical attention while he was bleeding to death. Adalah and PCATI submitted FA’s analysis of the evidence from the internal PID investigation file, which demonstrates inconsistencies in the police officers’ testimonies and indicates that the unlawful shooting brought about al-Qian’s death.

In September 2020, following a report by Israeli TV Channel 12 reporter Amit Segal suggesting that the former State Attorney Shai Nitzan had allegedly suppressed evidence that would have defied the assertion that Abu al-Qi’an had engaged in a terror act, then-Prime Minister Netanyahu apologized for the false accusation.

The Israeli newspaper Ha’aretz revealed in a letter to the PID in November 2017, the General Security Service (GSS) had in fact ruled out the possibility of a vehicle-ramming attack. This position stood in stark contrast to Nitzan’s stated justifications for closing the investigation: that it was not possible to determine whether or not Abu al-Qi’an had intentionally hit the Israeli police officer.