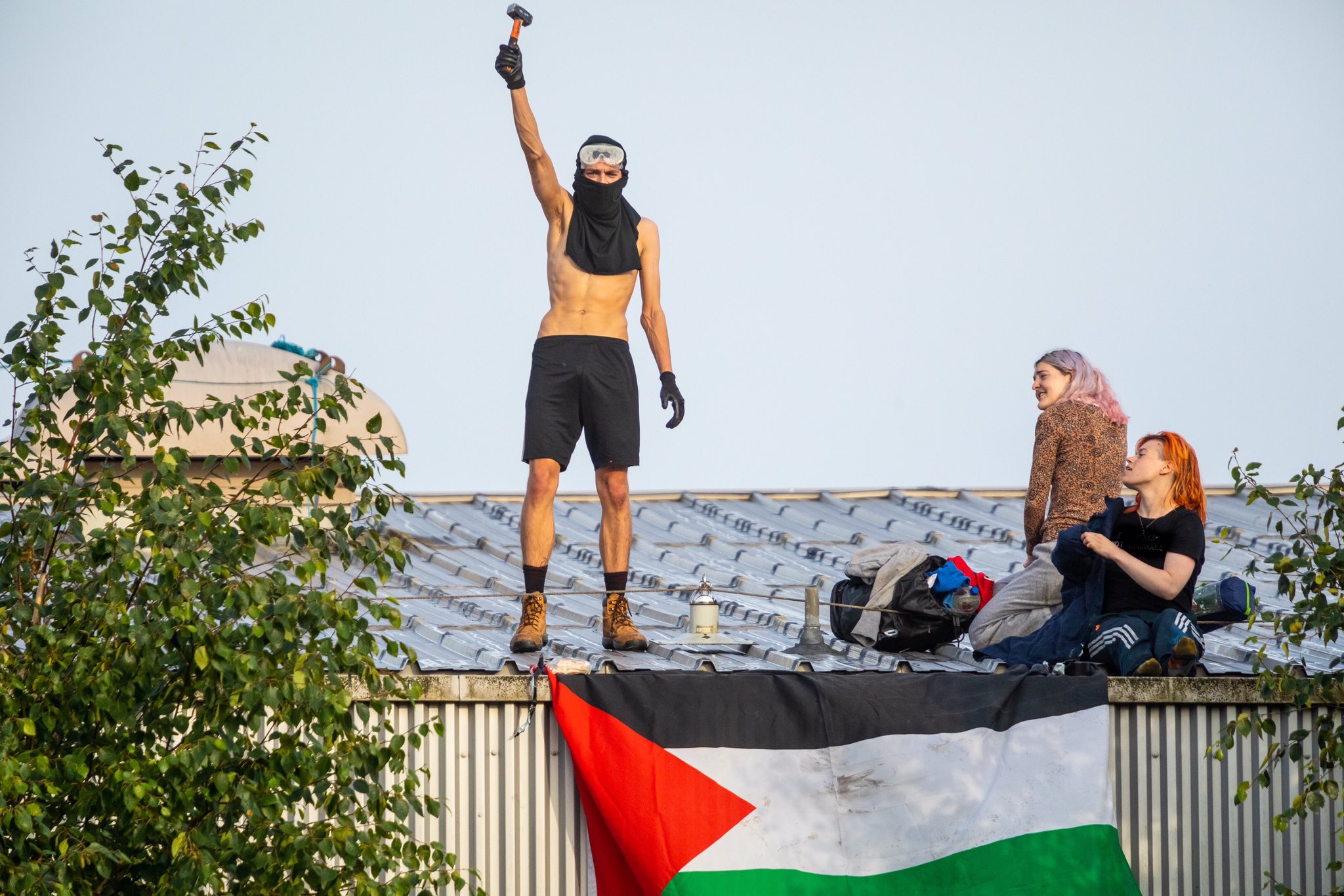 GLASGOW, Tuesday, July 12, 2022 (WAFA) - Activists from the pro-Palestine group Palestine Action said yesterday they targeted a factory in Glasgow, Scotland, which belongs to one of the world’s leading suppliers of arms for its manufacturing of drones used in the surveillance of the Palestinian people.

Three members of Palestine Action Scotland climbed onto the roof of the Thales factory in the Govan area of the city in the early hours of the morning, forcing staff to evacuate.

The action followed an occupation of the factory by six activists on June 1 in protest of Staff members on site had to be evacuated and operations temporarily suspended, local reports said, as activists descended on the building and caused damage, the group said.

In a tweet, PAS described Thales as having a “killer weapons factory” which has “a vital link in Israel’s military supply chain” adding, “this time, we’re smashing it”.

The activists have been protesting over Thales’s arms productions, which include military drones and armoured vehicles, but have focused on the firm’s involvement in the production of drones.

The drones, reported to have been made in collaboration with Israeli occupation's Elbit Systems, have been used in Iraq, Afghanistan and Palestine, as well as over British waters, the group says.

A spokesperson for PSA said: “Those in Gaza will often speak of how the drone’s constant presence, including its persistent buzzing noise, induces anxiety and fear, and adds to the constant state of trauma Gaza lives in.

“Stories like these have prompted activists to ensure the root of the misery – Britain’s arms industry, is struck at through direct action.”