Settlers rebuild an outpost near the village of Luban e-Sharkiya 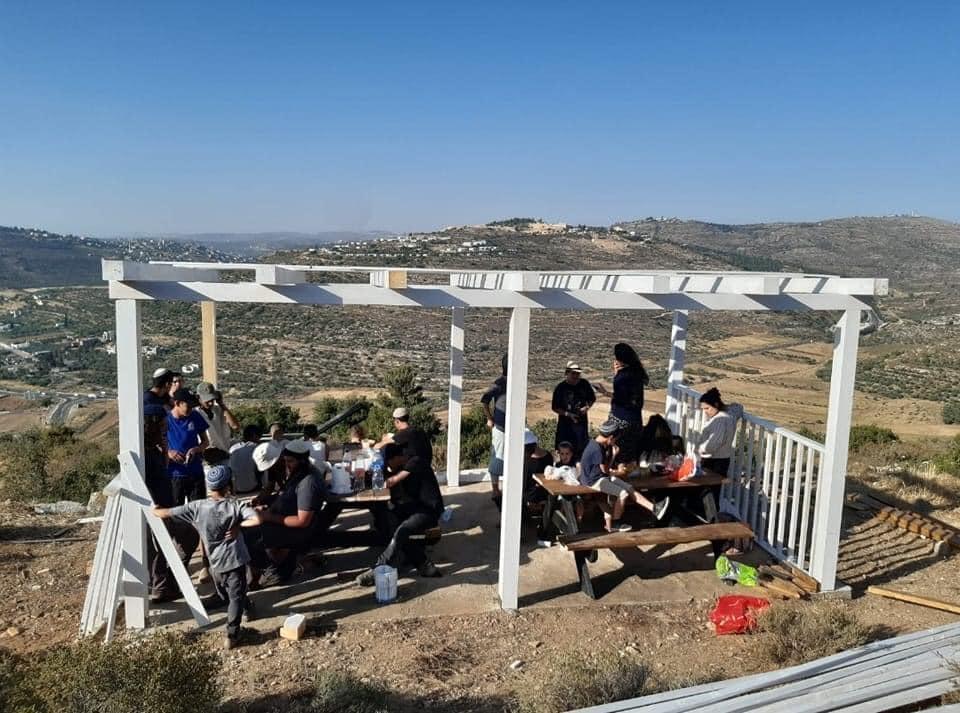 RAMALLAH, Sunday, June 19, 2022 (WAFA) – For the third time this month, illegal Israeli settlers set up today an outpost on a hilltop belonging to the village of Luban e-Sharkiya, to the south of Nablus in the occupied West Bank, according to WAFA correspondent.

He said the settlers from the illegal Israeli settlement of Maale Levona arrived at the area in the early morning hours, and set up structures and raised an Israeli flag on the hilltop which overlooks the villages of Luban e-Sharkiya and Sinjil.

The outpost was built and dismantled two times in the last month alone, and overlooks the inter-city Route 60 which connects the north with the center and south of the West Bank.

There are over 600,000 colonial Israeli settlers living in Jewish-only settlements across the West Bank in violation of international law, particularly the Fourth Geneva Convention which expressly bans the relocation of the occupying nation's civilian population to the land of the occupied.