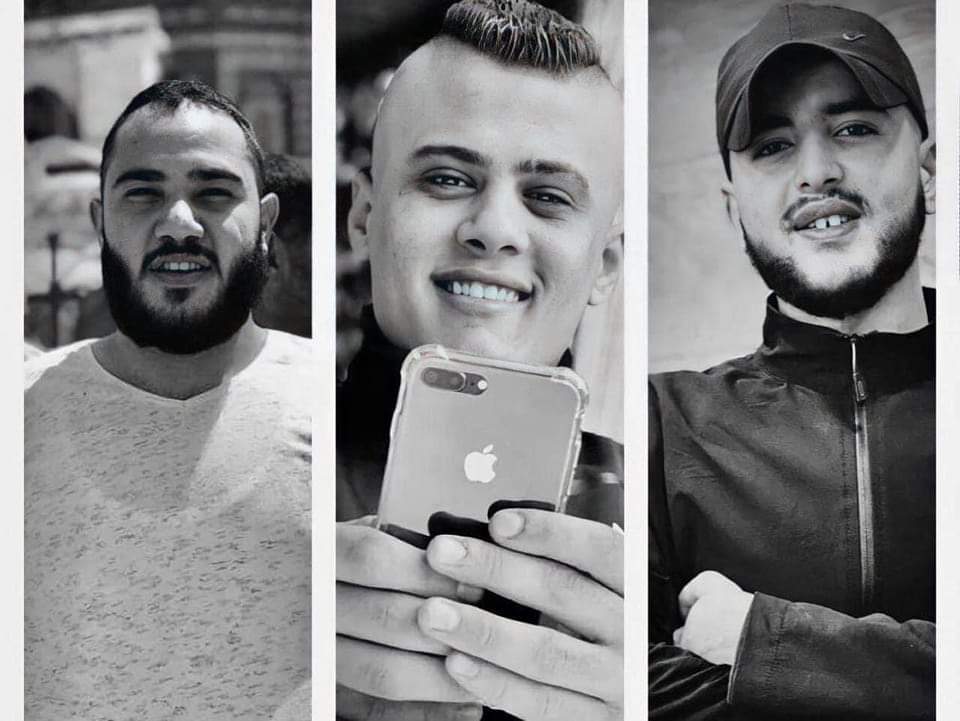 JENIN, Friday, June 17, 2022 (WAFA) - Three Palestinian young men were shot dead in cold blood last night by an undercover Israeli army force which raided the eastern neighborhood of the city of Jenin, north of the occupied West Bank, according to local sources and witnesses.

WAFA correspondent said an undercover Israeli force sneaked into the neighborhood in middle of the night and killed the three young men in cold blood in an ambush while they were inside a civilian vehicle.

Fierce clashes erupted between Israeli occupation forces and local Palestinian youth in the aftermath of the cold-blooded murder, during which the forces fired live shots injuring 10 Palestinians. The wounded were moved to hospital for medical treatment.

During the raid, the occupation forces also raided the house of a Palestinian family in the neighborhood and thoroughly searched it and sabotaged its content. No arrests were reported.

According to the Palestinian Centre for Human Rights, Israeli occupation forces murdered 55 Palestinians, including 13 children and 5 women, in the occupied Palestinian Territories, including Jerusalem, during the period between January 1 and June 10.