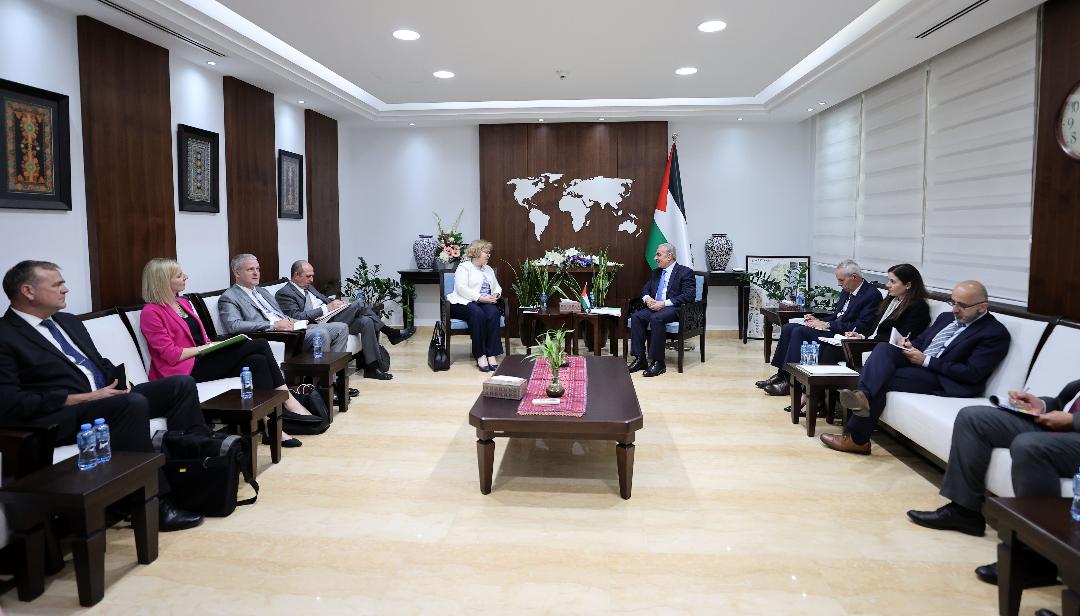 Prime Minister Mohammad Shtayyeh meeting with the US delegation at his Ramallah office. (WAFA Images)

RAMALLAH, Tuesday, June 14, 2022 (WAFA) - Prime Minister Mohammad Shtayyeh tonight discussed with US Assistant Secretary of State for Near East Affairs, Barbara Leaf, and her deputy, Hady Amr, at his office in Ramallah the latest developments and the situation in the Palestinian territories as a result of an escalation in Israel's actions and violations against the rights and holy places of the Palestinian people received.

The Prime Minister reiterated that the two-state solution is the only way to end the conflict, stressing that all efforts must be exerted to remove obstacles to this solution, foremost of which is the settlements.

He stressed the importance of reopening the US consulate in Jerusalem, in addition to removing the Palestine Liberation Organization (PLO) from the US list of terrorism, reopening the PLO office in Washington, and declaring that the PLO and the Palestinian Authority are partners in peace.

The Prime Minister also stressed the importance of the US administration's intervention to stop all unilateral Israeli measures and to stop all of Israel's attempts to Judaize the city of Jerusalem and divide Al-Aqsa Mosque in time and space.